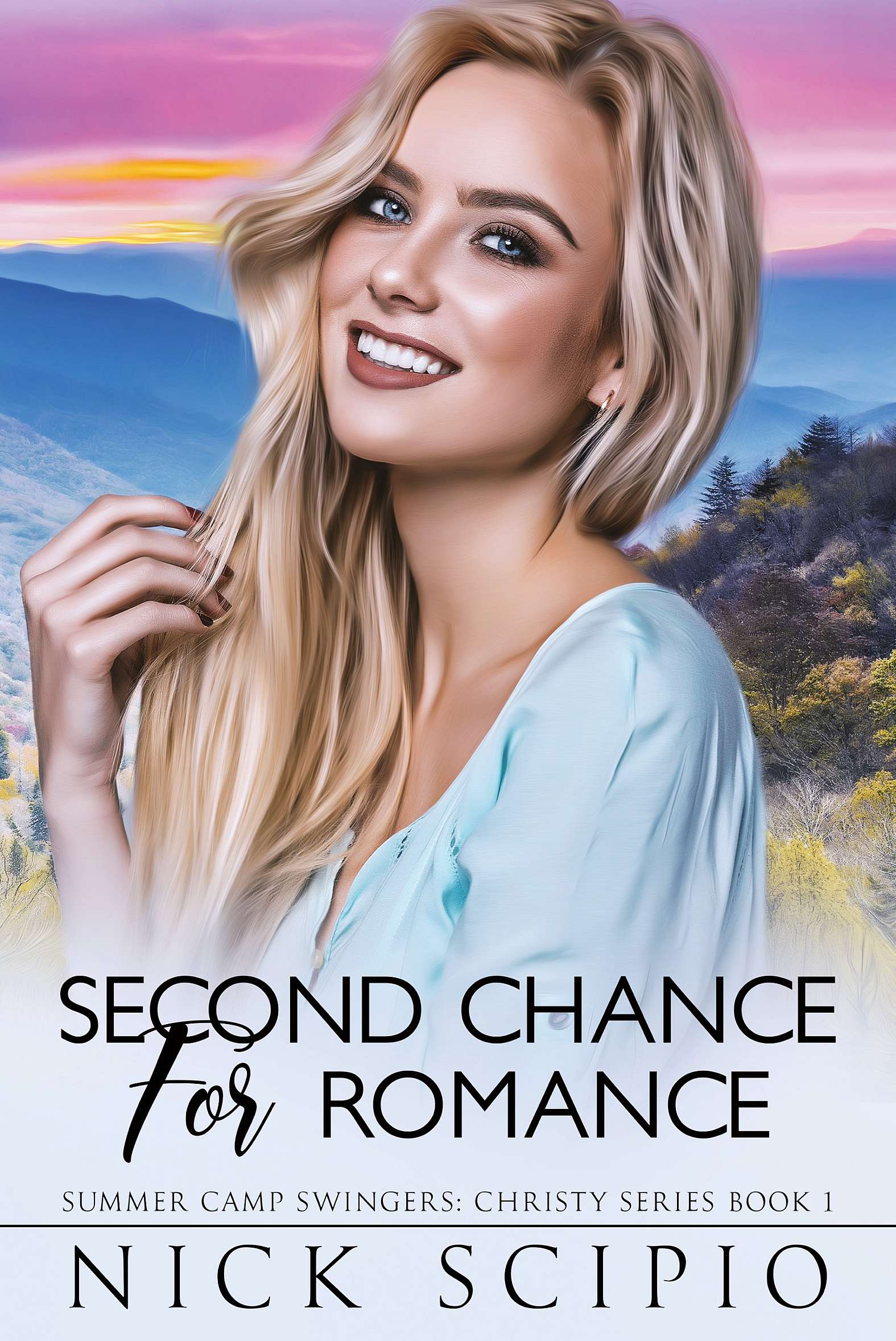 Paul and Christy have a rocky past. Now he wants a second chance to make a first impression.

When Paul moved into the stately old Victorian, he knew his friend Christy would be along for the ride. But he didn’t know she’d had a crush on him for years—at least until her best friend lets the secret slip...

Times change, and so do people. While Paul poses for Christy’s art, he begins to wonder if he wants to stay on the other side of her sketchbook. But he’s not sure if her Catholic upbringing and goody-goody nature are the right match for his swinger lifestyle. She’s worried she’d be just another notch on his bedpost.

Meanwhile, Gina is a swinger flame from the past, and she wants a second chance with Paul. Will he choose her or will he open up with Christy about his feelings? Can she be honest with him about her own desires?

Follow the adventures of Paul and Christy in Second Chance for Romance, book 1 of 8 in the Summer Camp Swingers: Christy series by award-winning author Nick Scipio.

In this book, the story introduces many of the characters and themes explored throughout the volcanic conclusion of the Summer Camp Swingers saga. But don’t worry, the introduction has plenty of satisfying conclusions—both inside and outside the bedroom.