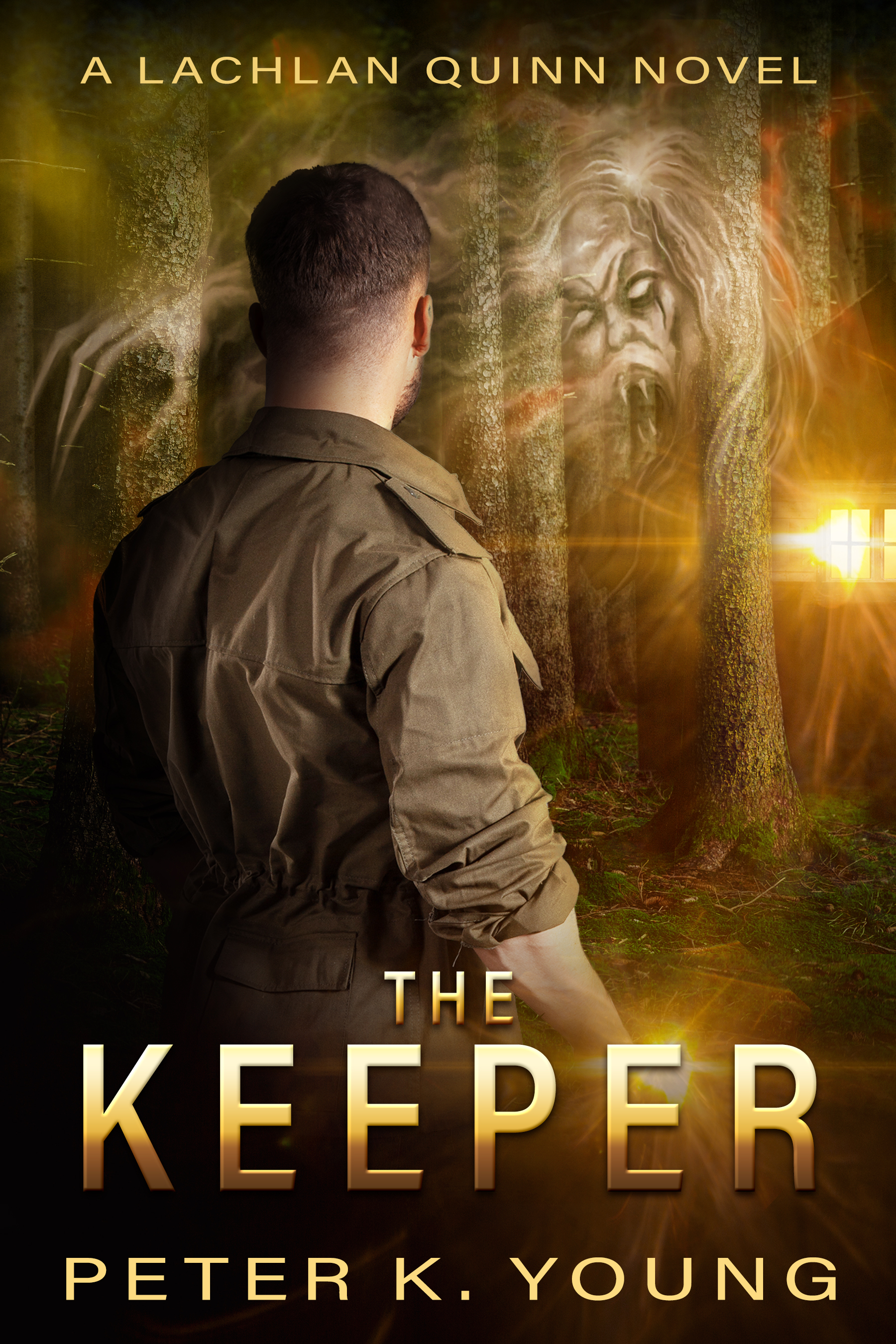 As soon as Lachlan Quinn came off the job site, he sensed the swirl of spell-craft. He had zero talent for manipulating magic himself, but like some people can taste colors, he had an odd synesthesia and could smell it working every time. This spell carried the scents of peppermint and sage, so there were two witches doing the casting.
He looked around and spotted them about fifty meters away. Two redheaded teenagers staring wide-eyed at him from a beat-up gray VW Bug.
He stowed his tools, his mind racing—maybe it wasn’t him they were after.
where he’d worked for a couple of weeks as a kid, probably from one of the Emory Covens.
Small favors—even neophytes could be deadly.
He couldn’t imagine what must have stirred the Aunties up to make them send shadows after him after all these years. He was a nobody, a small-time finish carpenter and furniture builder. A vet with PTSD. So, the question was—what the hell was going on?
It was the letter. He shouldn’t have tossed that fucking letter.
Sweet Mother of All, he fucking hated witches.

Just finished reading on the lit site and discovered it was for sale here and on the jungle site. Immediate purchase even though I had already read it once.

Amazing professionally written story. I look forward to the sequel with great anticipation. Thank you for your hard work.

I'm willing to try new authors. The reviews suggested I'd like it and weren't wrong. I read the sample chapters and confirmed I wanted more. I couldn't put it down. Thank you and I'll be looking forward to any sequel.

This Should Be a Movie!

Peter Young has the knack of making his characters believable with just a few well chosen words creating striking imagery. The plot was brilliant, drawing me in as a reader - so good as I was privileged to be able to read the book in one sitting. Lachlan is such a credible main character.

Let's hope the author will be able to expand this world with a second book.

Thanks so much for writing.

An entertaining read, as I usually don't entertain this genre.

The Keeper is a supernatural urban fantasy novel written by Peter K. Young. Suffering from PTSD after a stint in the Navy, all Lachlan Quinn wants is to live a humdrum life devoid of responsibility. But the long-term disappearance of his foster father, Cayden MacLeish, forces Emory's witch covens to hail him as the heir and the new Keeper, an impartial observer to the affairs of the supernatural factions. Meanwhile, were-panther and Guardian Niamh Harpe's search for missing wolf kin takes her to the Leprechaun's bar in Oldtown, where she finds herself imprisoned by a Dokkalfar. When a shapeshifter places a wolf pup in Lachlan's care, he ends up fighting a Hag. Furthermore, he unwittingly embroils himself in a supernatural conspiracy that threatens to turn his life upside down.

Author Peter K. Young brings a plethora of magical creatures to take you through a captivating journey of suspense, murder, and mayhem. The Keeper is filled with swashbuckling action, wondrous magic, and supernatural intrigue, transporting you to a world full of conniving witches, vampire diplomats, dark elves, shapeshifting predators, and much more. The narrative uses a large cast of POV characters, although Lachlan Quinn and Niamh Harpe share the bulk of page-time. The characters are vibrant and colorful, with distinct quirks that make them pop out of the pages. The action scenes are described vividly, and the dialogue is laced with wit and humor. If you're a fan of books involving witches, vampires, and other magical creatures, I highly recommend The Keeper.

I inhaled this book!

I was very surprised and impressed with this book. It completely hijacked my evening, in a good way. Very well written. Great "world building" and character development. I will be watching for the next one, and hope that it is soon!