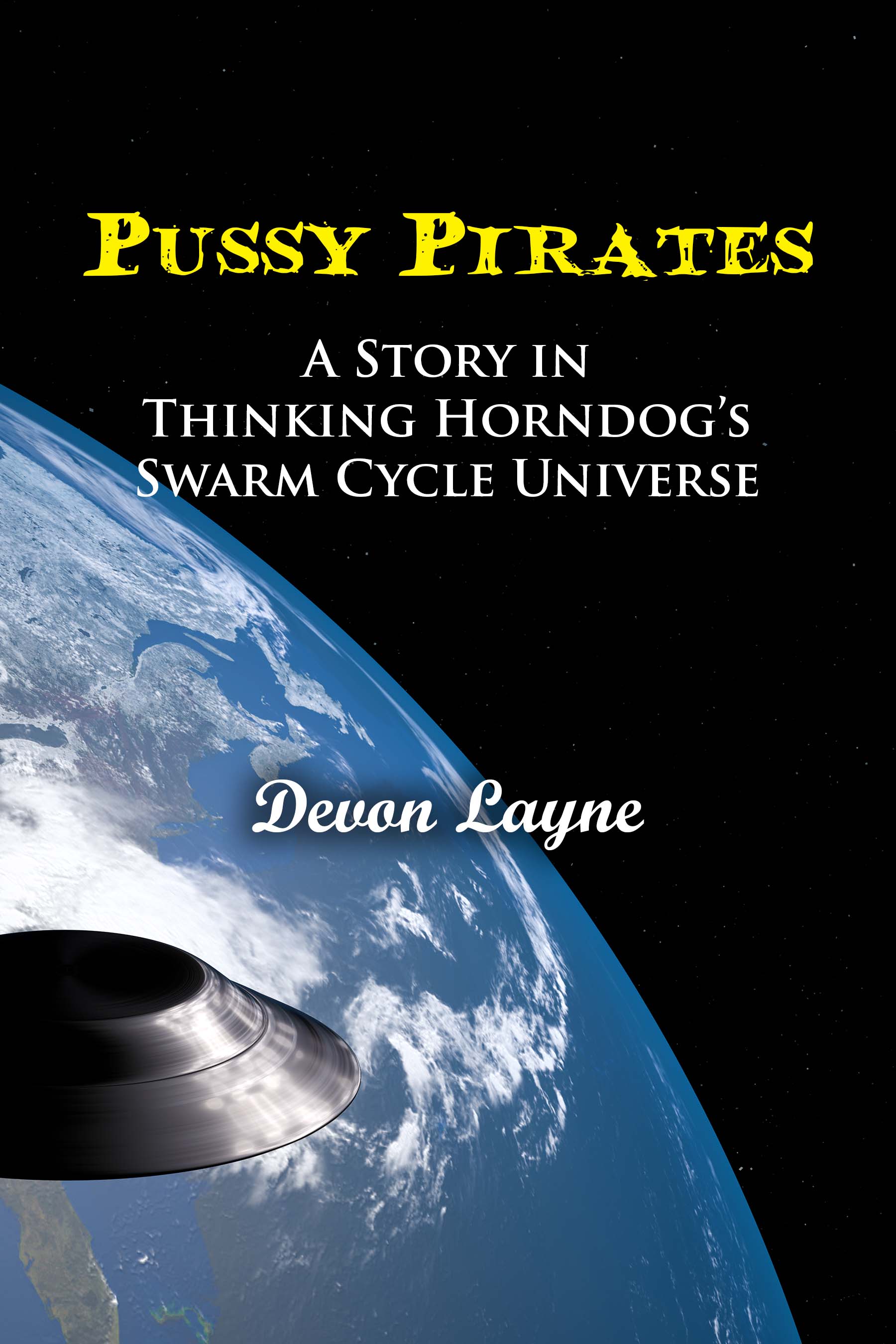 This story takes place in Thinking Horndog’s Swarm Cycle Universe. The story has been helped along significantly by other Swarm authors and their writings, including Omachuck, Zen Master, John Lewiston, Frostfyre, Kenn Ghannon, starfiend, Anne N. Mouse, Duke of Ramus, akarge, ElSol, and all the other Swarm Cycle authors whose 270-plus stories in the universe on SOL have been a profound influence on me.

If you are unfamiliar with the Swarm Cycle, it would be helpful to read some of Thinking Horndog’s stories for a grounding. “Average Joes” and “Pickup Number Eighteen” would be a good place to start. In general, an alien race, called the Sa’arm (“Dangerous Ones”) is eating its way across the galaxy. Some races of the Confederacy have already been consumed. The Confederacy is so old and peaceful, however, that it is unable to defend itself or even contemplate violence against another sentient species. The Darjee, birdlike members of the Confederacy, make contact with humans by way of their AIs (artificial intelligence computers). Humans are considered almost as dangerous as the Swarm (Sa’arm) but, since they can fight, it is hoped they can delay indefinitely the encroachment of the Swarm on other Confederacy territory. Besides, Earth lies in the path of the Swarm.

The dating of this story is based on the Swarm Cycle calendar in which Month 0 is the first human contact with the Swarm. This is over a year before information is first leaked to the public that the Confederacy exists. In Month 16 (April), the President makes a general announcement about what is coming and makes testing for acceptance into the Confederacy (CAP tests) mandatory. The news is greeted with mixed reviews. Some are gung-ho, some reluctant, some disbelieving, and of course many just want to see what’s in it for them. It’s in that world that we join this story.

Awesome look at the Swarm story

So much of this story takes what others have written and takes it to a logical next step that somehow we missed.

I thoroughly enjoyed it all. The protagonist is different from others and because these women aren't concubines, their actions provide another contrast, too. New discoveries show up even towards the end.

Pussy Pirates has a great story premise, for those knowledgeable about the Swarm series, and a wonderful beginning, but then gets boring fast. One of its many problems is that it tries to fit within the series timeline and major off-stage events rather than continuing its initial zaniness. The author should have told his own story rather than that of the series founder, Thinking Horndog.

I recommend you read only the first few chapters which the author has made available for free if you click the READ button at the top right of the initial screen, next to BUY. That's the zany part. Here is the link to that: