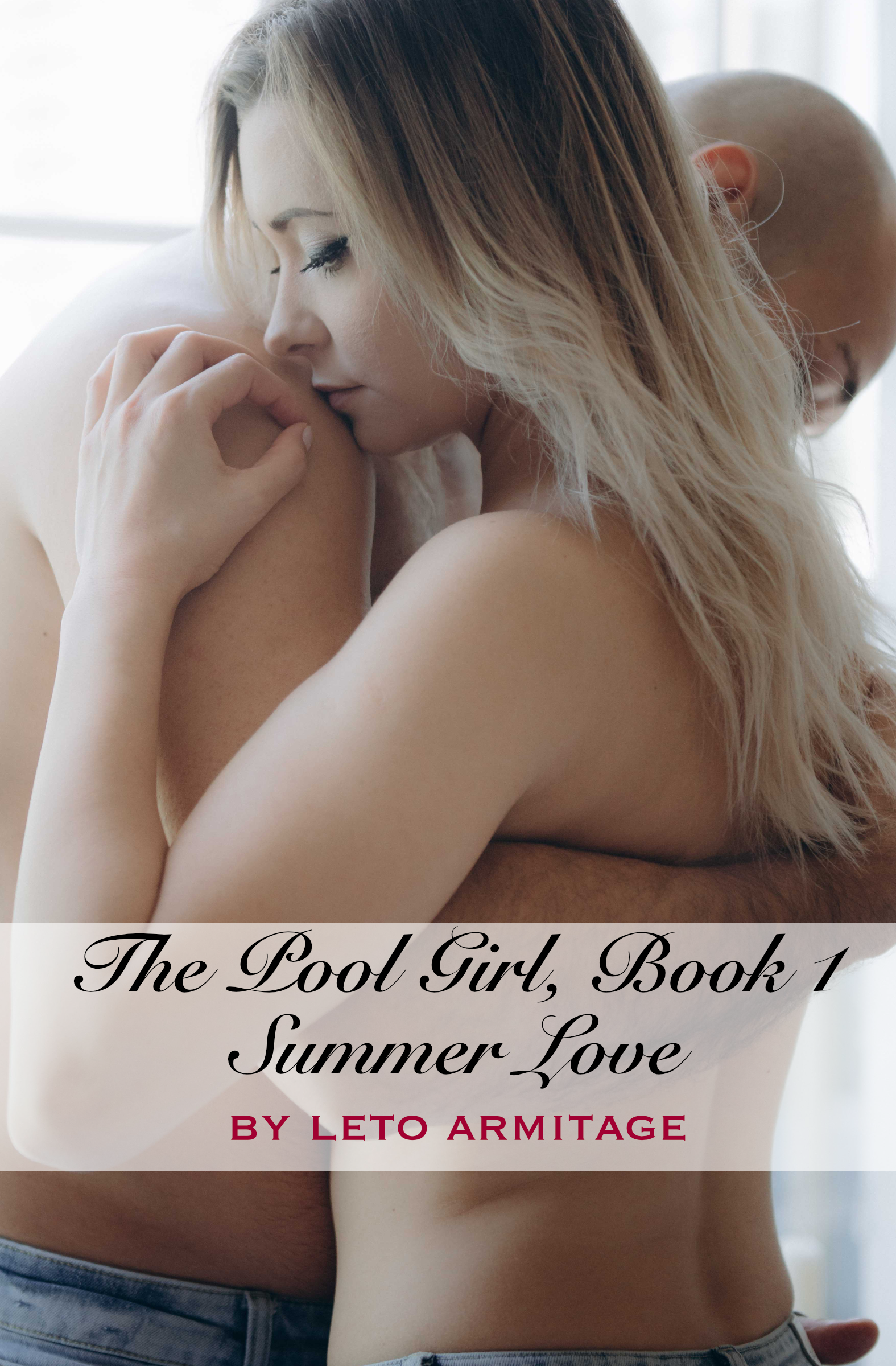 Robert likes to keep his life simple so he hires a blonde teen neighbor, Melissa, to clean his pool. As she becomes a part of his life he finds himself falling for her. However with Melissa comes her girlfriend Lavi, both their families and a cheerleading squad.

“I think when the year starts I might have to get interested in our local cheer team and come watch. Who knows, maybe I’ll even get some school spirit.”

“I thought they had shorts on underneath and modern uniforms really didn’t show much?”

“Well, during the game yeah, I’m talking about after…” She grinned at me.

Lavi interrupted this chain of thought, “Okay, you two let’s get in the water before you two start something out here.” With that Lavi stood up. Both put their tops back on. Lavi went over to the pool, sitting down on the side to slide in. Melissa took my hand and I walked her to the deep end where she prepared to dive in gracefully but I foiled her plan by scooping her up and jumping in with her in an inelegant jump.

We both came up sputtering, her softly hitting my chest with a glint in her eyes.

“You brute, you hoof footed lech.”

I reached out to her and grabbed her, pulling her forward then kissed her, tasting her and pool water again as I grabbed her ass. As I finished I whispered in her ear “I’m not apologizing.” Then I jumped backward and swam away as she splashed me in mock outrage.

“You take liberties with a defenseless nymph sir!”

Someone had really gotten into the greek mythology. For half an hour we played innocently in the pool. Mostly. Melissa and I may have played a little grab-ass and I think I may have seen Lavi and Melissa exchange a few grabby hands too. Lavi flashed me as much as she did Melissa but declined any ass grabbing with me. And we chatted. This time I joined though I didn’t have a lot to say. Still, Melissa kept pulling me in and as if it was an unspoken arrangement soon Lavi was too. I could talk about music but it turned out I had absolutely no idea about movies that were popular or tv shows.

The next hour passed easily but we were all getting a little bright pink despite the waterproof sunscreen. We retreated to the shade and settled down, subdued from swimming and playing. Lavi laid down on one of the recliners and after about ten minutes she fell asleep. Meanwhile, Melissa was laid up against me, whispering in my ear, my arms wrapped around her.

"You're not weirded out, right? Lavi and me?"

"Sure? A hundred percent sure?"

"Yes. I don't have to understand it."