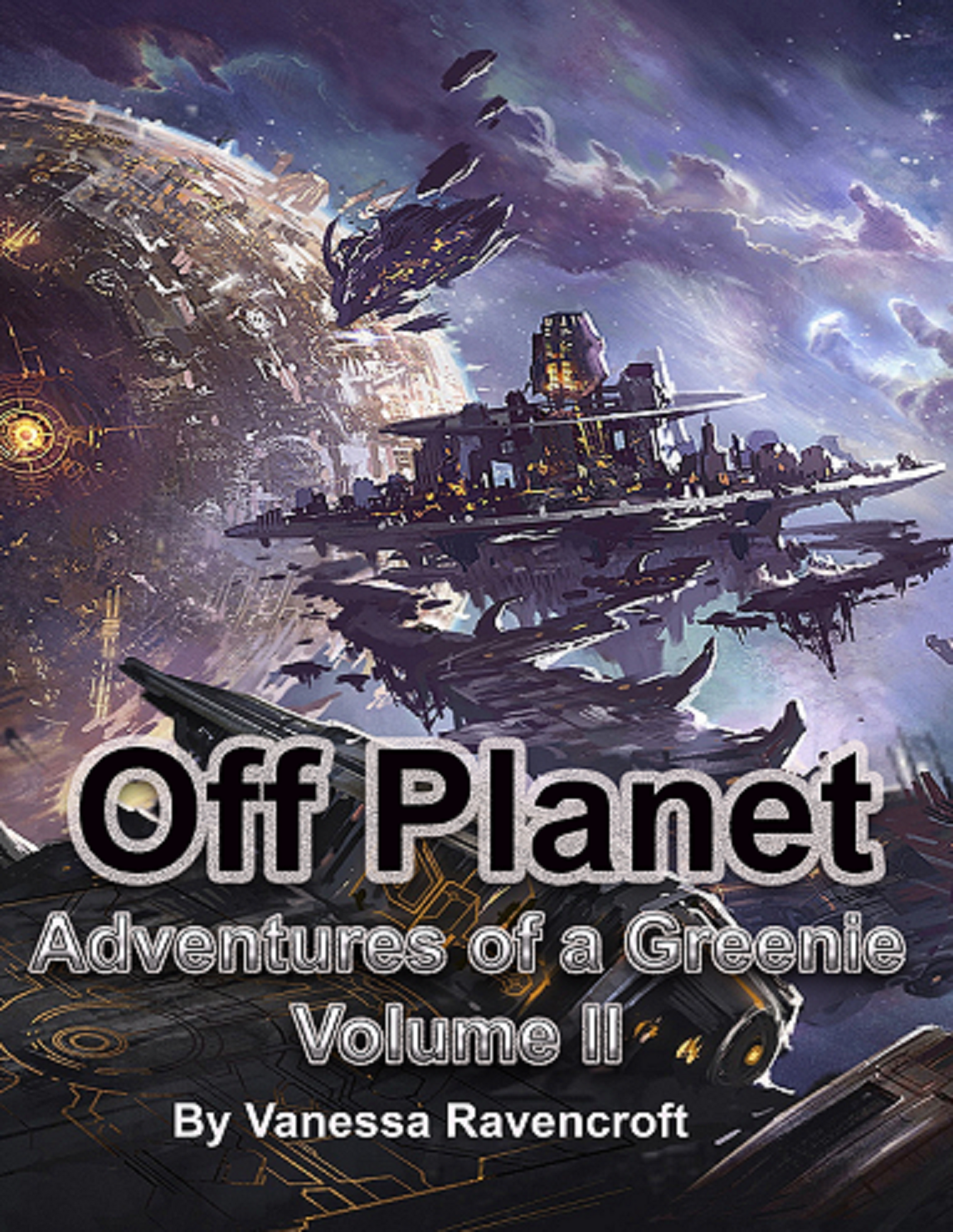 Adventures of a Greenie: Off Planet (Vol 2)

Foreword to my readers

The first Volume of Roy Masters tells us about him growing up on Green Hell. It is the story of a Teenager growing up on the most dangerous jungle planet in the known universe; a plot of the Kermac to recover a Saresii shipwreck of the first age of knowledge which includes the secret of the Translocator cannons, the backbone of Union military superiority. In the chain of events, Roy’s parents are apparently killed by pirates while they are on board a Union science cruiser and on their way to a planet in the otherwise mostly unexplored Spinward sector.

Roy meets a mysterious non sentient lifeform of incredible abilities, that bonds with him and becomes known as Partner.

The young man has little in common with his emotionally detached and all science focused parents, has been more or less raised by a former Marine who owns the only farm on Green Hell, growing a plant native to Green Hell that is the basis of a very potent psionic enhancing drug, sold to a pharmaceutical company as a basis of a number of medical treatments of psionic maladies.

Roy, after graduating Union basic school, is sent to an off planet college by his parents.

He prevents an assassination attempt, apparently aimed at a Klack delegation, meets the President of the United Stars of the Galaxies, learns of the apparent fate of his parents and meets mysterious Cara, officially a PSI Corps agent assigned to the security detail of the president.

In the further development of the story, Roy meets the Wurgus Patriach and the Immortal admiral Richard Stahl.

The story concludes with the Kermac scheme revealed, the president unmasked as a Kermac spy and operative and a declaration of war.

The original second volume of Roy’s story takes place years later when he had become a Union Marine, with flashbacks to the time he left Green Hell.

This is what I attempted, all the way to Chapter 18, in the volume called “Galaxy at War”.

To me it seemed a novel, different way of telling a story, but I am continue to receive messages and critique of my readers and fans. They express to be confused or dissatisfied with this form of the story.

I conducted a poll on my Pateron page, and while the apparent majority encouraged me to continue the story as is. I am loosing subscribers and not just one.

While I gained readers and praise for the Eric Olafson saga, Roy’s story as it is told receives much critique and private messages expressing a dislike for the format.

Therefore I am rewriting the story in two parts, with a linear time line.

The current version of “Galaxy at War” is now a Non Canon story. I will eventually delete it from Patreon and Stories0nine.net. It will remain on my GalNet site under the category “Roy Master’s Fragments”.

I deeply apologize to my readers for the confusion and hope this step will restore your expectations regarding my stories.

I apologize to those who expressed their support towards the original version as it was told.

I promise it will tell tbe same story, and add much detail to it.

With this said, I welcome you to follow me in this new telling of Roy Master’s tale.

As always I first and foremost write because I must write, but what is a writer without readers? It is you my audience that brings this our Universe to life and there is nothing more paramount than your opinionand your enjoyment of my tales.

With this I say thank you and assure you, I will do my best to entertain you.