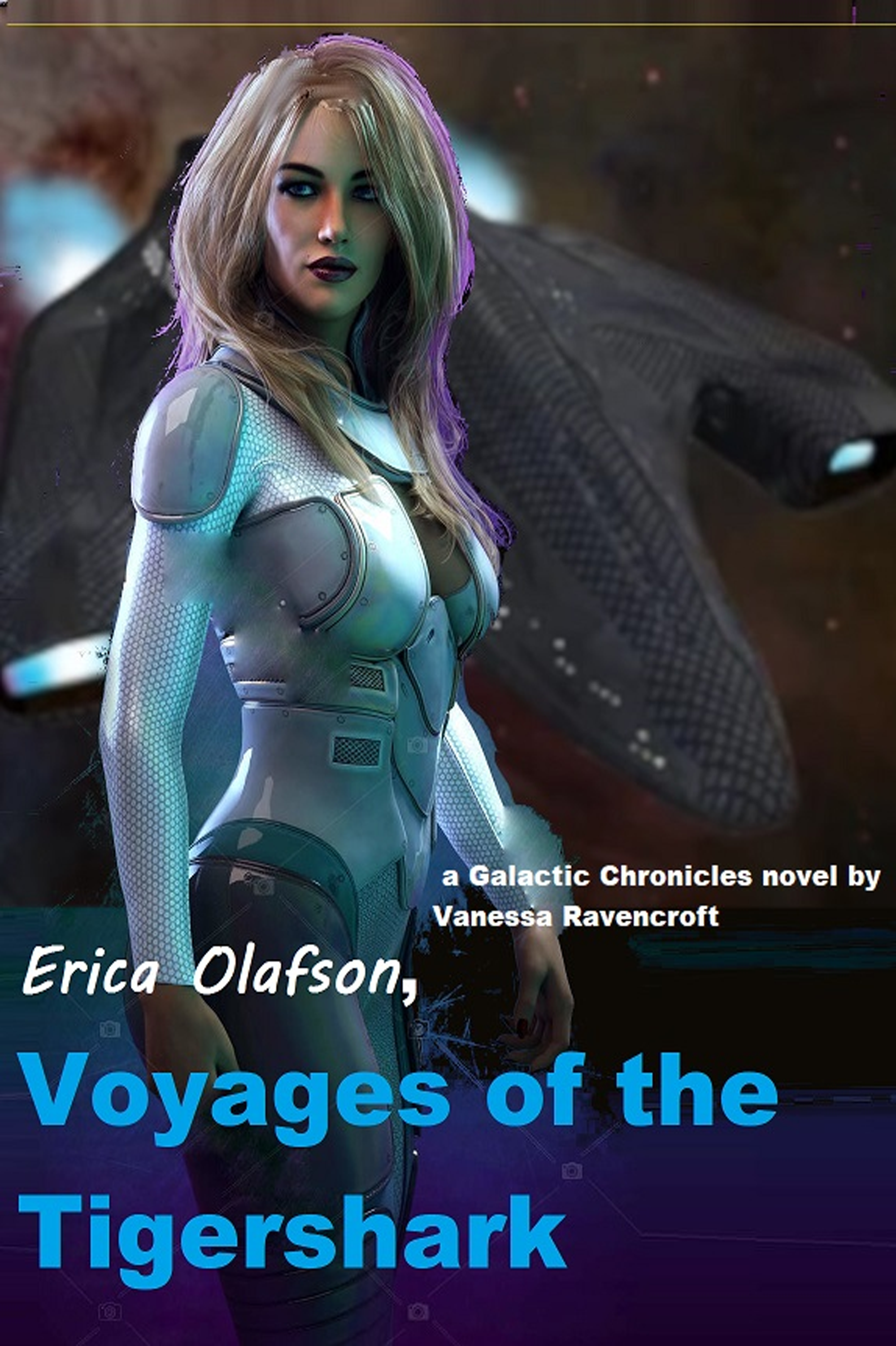 The Year is 5024 (Old Terran Time). The Milky Way Galaxy is teeming with life and sentient species. Earth is now known as Terra and part of the United Stars of the Galaxies, a multicultural mega civilization that by now stretches across two-quarters of the Milky Way Galaxy and has a foothold in the Andromeda Galaxy. There are over 5030 distinctive member civilizations calling themselves members of the Union. The United Stars Space fleet protects this mega civilization against external threats.

Eric Olafson, born on a cold world called Nilfeheim raised under harsh conditions of a very traditional inward-looking society of Neo Vikings left his planet to fulfill his dream to become a Starship captain.

He had reached that goal much sooner than he expected and is now the commanding officer of a unique Starship, the USS Tigershark. The ship is state of the art and incorporates the finest technologies of the most advanced civilizations of the Union.

Eric used to be 198 cm tall and weigh almost exactly 90 kilos. He still has gray eyes and some say he moves with the same purpose and grace as a Tiger or Nubhir Wolf.

Eric, partially due to external circumstances and mainly due to his innermost desire is now Erica.

Like everyone from Nilfeheim she has a greater tolerance to freezing temperatures and is able to stay submerged under water for a very long time because of gills and eyes that are adapted to see well underwater thanks to a second set of clear eyelids. His muscles are denser than that of a standard human, allowing her to swim longer and deeper. Due to those abilities, she has great endurance and is much stronger than she looks.

She still loves fish, has a very clear sense of honor and hates unfair situations. Even though she doesn’t like to admit it, she carries the same short temper of her father and is more often than not ready to face a challenge with fists or weapons.

In the disguise of Black Velvet, a female pirate she and her crew have hunted pirates and solved the Seenian mystery.

Erica is a drop dead beautiful blonde (in human terms) with long legs, long hair, and a killer body

That Erica now lives as she secretly always desired, has done little to change her general approach to problems.

She is also no longer oblivious to the fact that there she is part of something very powerful and dark stirring deep inside her.

Together with her truly unusual crew she had added new members to her crew and to the Union; was responsible for turning a dangerous and powerful adversary into a new ally, solved ancient mysteries, secured the Seenian inheritance for the Union and brought back a huge starship.

Their first mission now officially over, the Tigershark damaged they are hoping for a new mission.