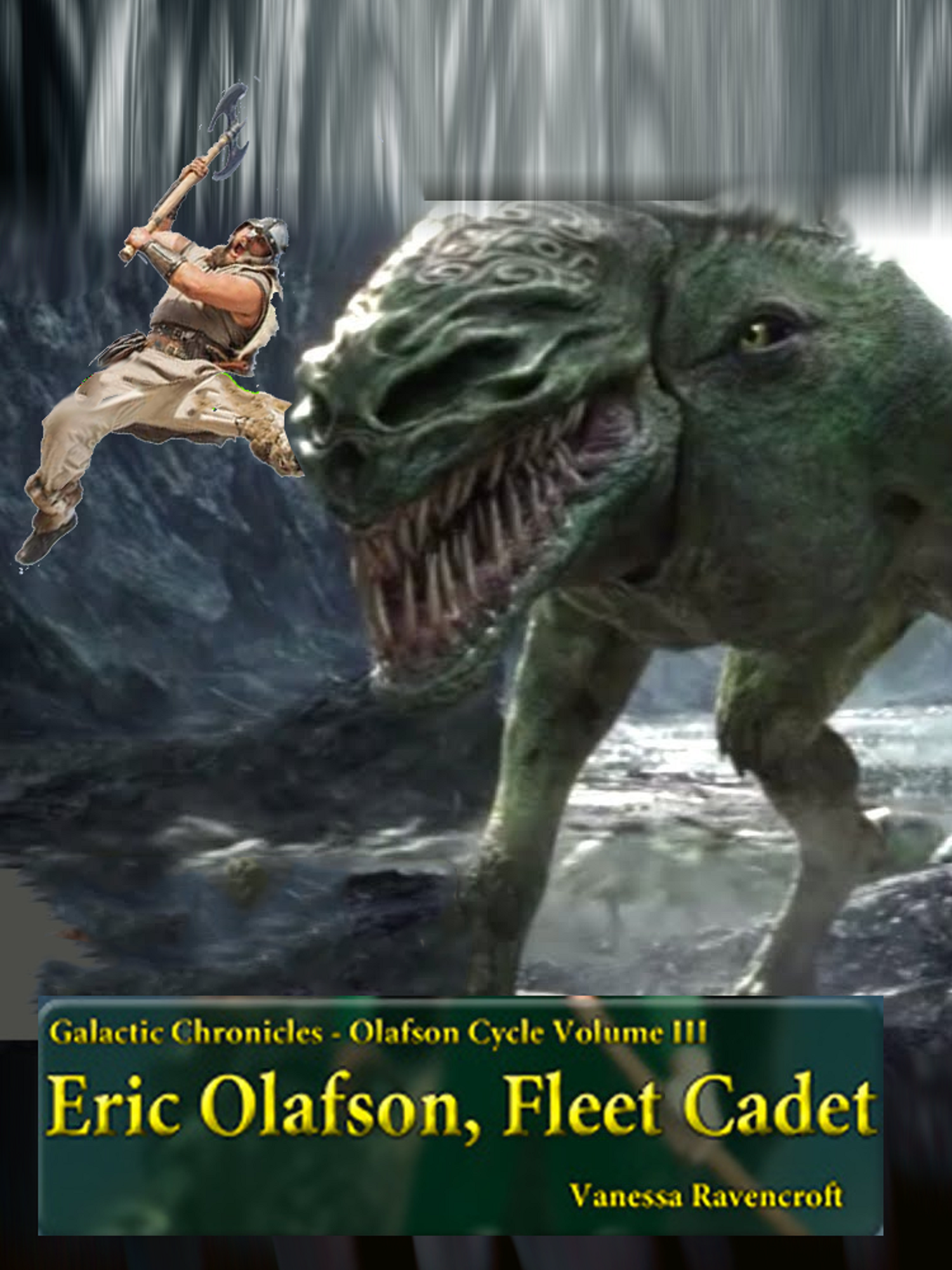 This is the third volume in the Eric Olafson saga and the 29th book in the Galactic Chronicles Saga. While the first volume, ‘Eric Olafson, Neo Viking’ tells us about how Eric grows up on the harsh and cold world of Nilfeheim. As much as he wants to deny it, he is a true child of that world. While he grew up and faces his first challenges and me his first teachers. It also reflected on the awakening of his secret desire. The second volume, ‘Eric Olafson, First Journeys’ follows Eric as he steps of hos home world for the first time but it does not focus on Eric alone. It introduces many of his future friends. In volume two he was also accepted at the United Stars Fleet Academy. Eric being Eric, his first days at the Academy weren’t anything but eventless. Chosen to be part of a diplomatic miission to entice the Yokuta to consider Union membership, Eric was tangled up in a Nogoll terror attack, the culmination of actions of an Human purist and a Kermac plot to turn their loss of the Nogoll into an intelligence victory. The Year is 5017 (Old Terran Time) Eric is 198 cm tall and weighs almost exactly 90 kilos. Right now he very short regulation cut blonde hair. He has gray eyes and some say he moves with the same purpose and grace as a Nubhir Wolf. The Colonists of Nilfeheim received genetic tailoring before they left Earth to better adapt to their harsh new world. Like everyone from Nilfeheim he has a greater tolerance to freezing temperatures and is able to stay submerged under water for a very long time, has a set of gills and eyes that are adapted to see well underwater thanks to the second set of clear eyelids. His muscles are denser than that of a standard human, allowing him to swim longer and deeper. Due to that he has greater endurance and is much stronger than a standard human of his size. He left his homeworld seeking to become a Starship captain in the Union Fleet. He loves fish, has a very clear sense of honor and hates unfair situations. Even though he doesn’t like to admit it, he carries the same short temper of his father and is more often than not ready to face a challenge with his fists or weapons. This and a secret desire he tries so hard to suppress, get him in more trouble than the average guy. Eric and the other cadets have just returned to the Academy on Arsenal II. The climax of the events that culminated in Eric fighting Kermac agents in a mail processing center underneath the Yakuta spaceport prevented a potential catastrophe, however, two cadets had paid with their lives. (see Eric Olafson, First Journeys)