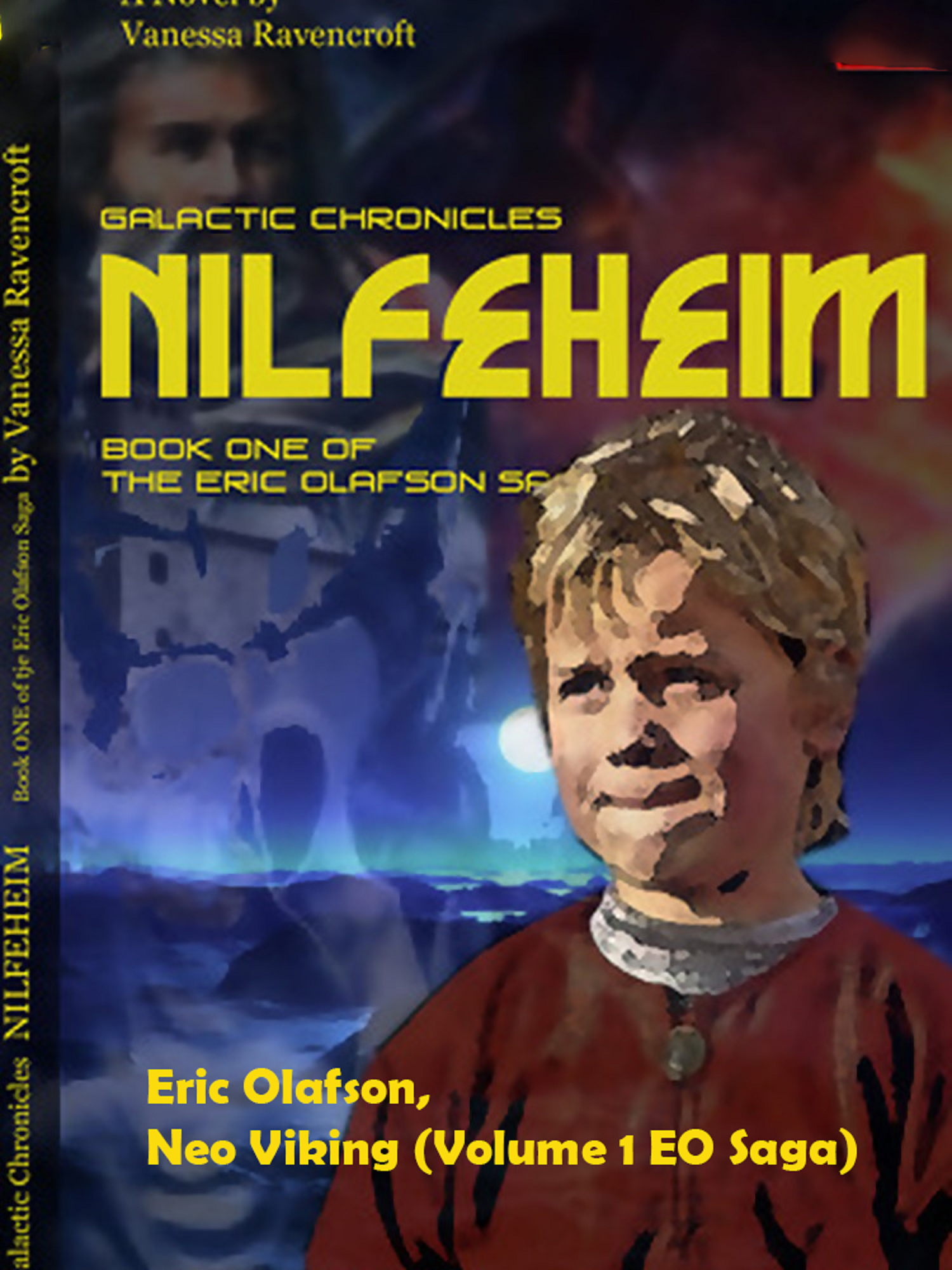 This, first self-contained volume of the Eric Olafson Saga. Eric Olafson, Neo Viking tells about his birth and of Eric coming of age. While he faced daunting challenges and terrible abuse by his father, he also met amazing teachers and friends along the way. Eric is the first-born son of a harsh and brutal clan chief on a cold, water covered world colonized by Neo Vikings. A group that left the over-crowded Earth during the Second Exodus consisting of Viking re-enactors, Norse god worshippers and similar minded people boarding colonist arks in 2160. A group consisting mainly of Scandinavians, Norwegians and Germans belonging to the Viking Movement and the Church of Odin left Earth so they could adhere to their chosen lifestyle, which rejected modern technology and advancements. The Nilfeheim settlers received genetic tailoring so they were better adapted to their new home world. Gills are the most noticeable change, similar to sea turtles, and allows them to remain submerged for as long as they stay warm. Now almost 2800 years later, the Neo Vikings of Nilfeheim lasting much longer than the original Viking culture developed their own distinct society and culture. The Milky Way Galaxy is teeming with life and sentient species. Earth is now known as Terra and part of the United Stars of the Galaxies, a multi-cultural mega civilization that by now stretches across two quarters of the Milky Way Galaxy and has a foothold in the Andromeda Galaxy. There are almost 5030 distinctive member civilizations calling themselves members of the Union. The United Stars Spatial Navy protects this mega civilization against external threats. Eric Olafson, born on a cold world called Nilfeheim raised under harsh conditions of a very traditional inward-looking society of Neo Vikings. Eric is 198 cm tall and weigh exactly 98 kilos. He still has gray eyes, and some say he moves with the same purpose and grace as a Tiger or Nubhir Wolf. Like everyone from Nilfeheim he has a greater tolerance to freezing temperatures and is able to stay submerged under water for a very long time because of gills and eyes that are adapted to see well under water thanks to a second set of clear eyelids. His muscles are denser than that of a standard human, allowing him to swim longer and deeper. Due to that he has great endurance and is much stronger than he looks. He loves fish, has a very clear sense of honor and hates unfair situations. Even though he doesn’t like to admit it, he carries the same short temper of his father and is more often than not ready to face a challenge with his fists or weapons. He fights an inner battle against his own confused identity and hopes it will remain his secret. Eric is still oblivious to the fact that he is destined to play a central role in an ancient conflict of cosmic proportions, With that I like to welcome you to the Galactic Chronicles universe and hope you enjoy your stay.