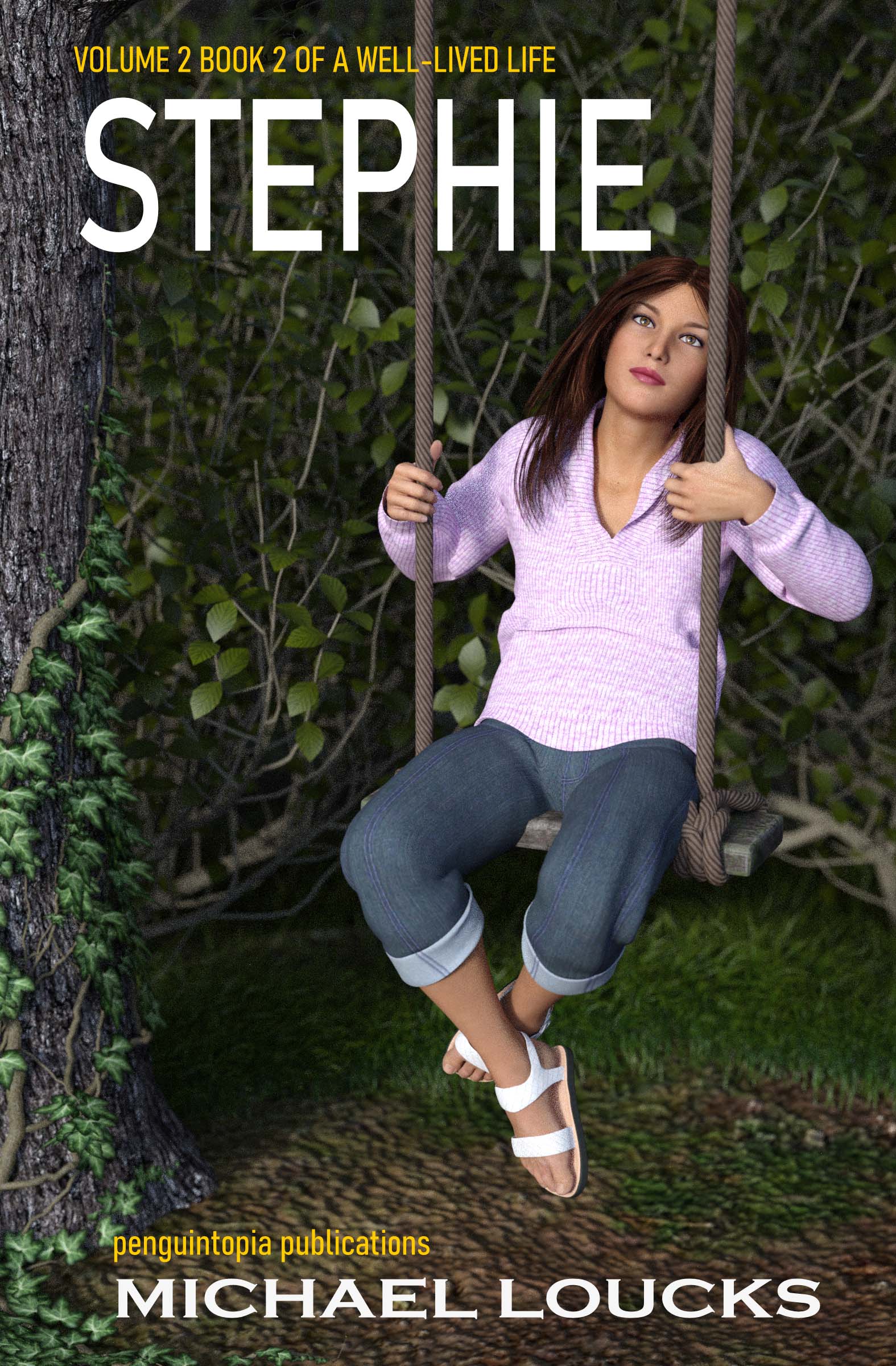 Assuming you’ve read the prior 11 books of this story (you have, right…?), you know that the person who has the most impact on Steve’s life at a given point in time gets their name in the book title. You’re also along to see how the story unfolds—those seeking pure, non-stop carnal gratification probably left a long time ago.

Steve has faced death before. His first love, Birgit, died young, suddenly, and unexpectedly. So too did his mentor, Don Joseph, though he was in his twilight years. Others in his circle, like Melanie, Wen, and Bethany, came close to dying suddenly, but were able to pull through in the end. When you’re young, death is usually something that’s too far away in the future for you to think about.

Someone Steve still loves very much, his Georgia Peach, Stephie Stewart, is slowly dying. There is absolutely nothing that Steve or anyone else can do about it. She’s walking her path to the undiscovered country with her friends, family, and husband all beside her, but one by one they’ll all need to let her go to reach her destination alone. For someone like Steve, who doesn’t believe in the “no-win scenario,” it’s a hard pill to swallow.

How we deal with death is at least as important as how we deal with life. Steve, and his friends who were close to Stephie, are about to learn this lesson the hard way. Hard as it may be to endure as it’s happening, it’s Stephie’s last gift to those she loved most