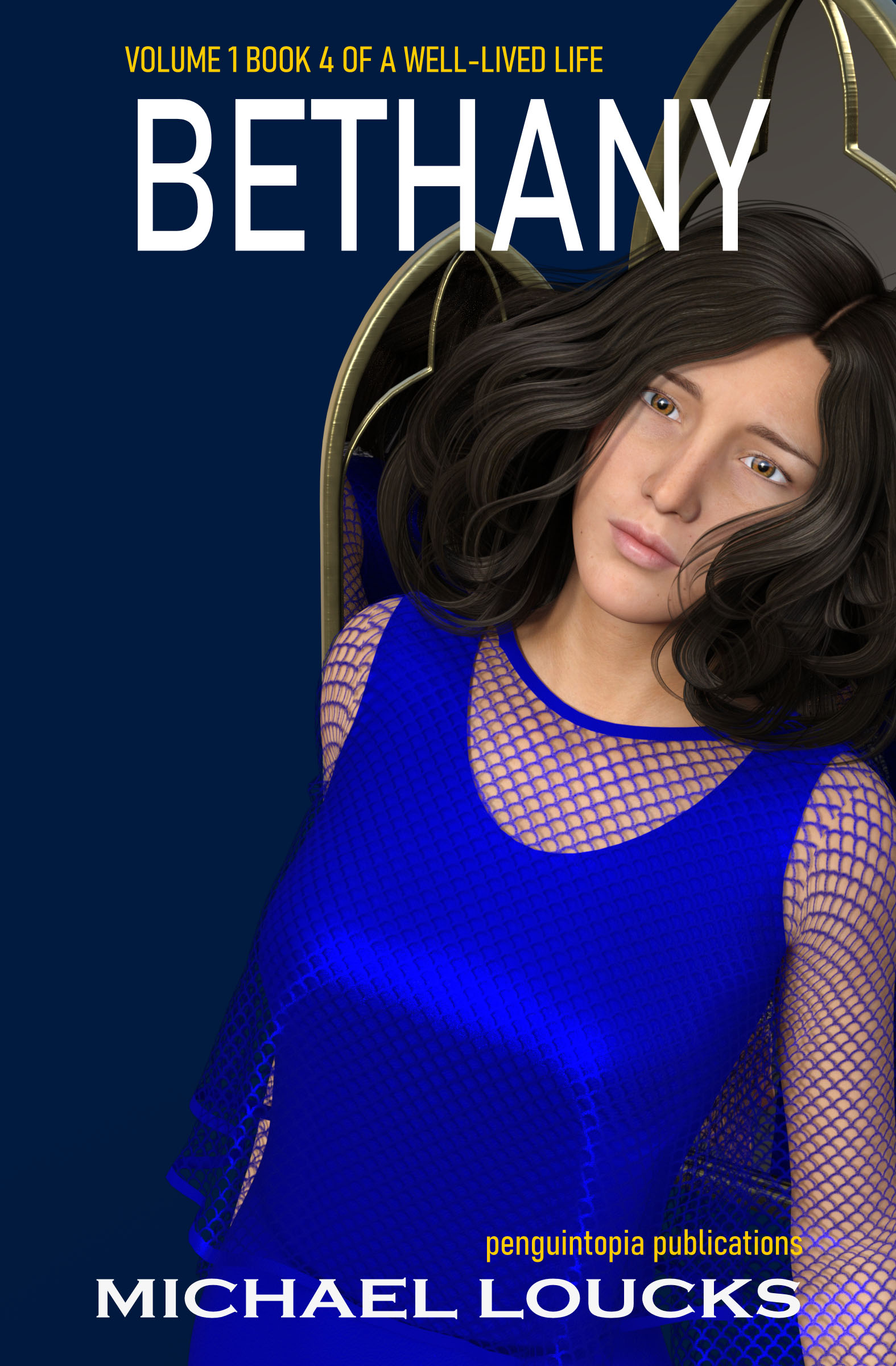 An older and somewhat wiser Steve Adams is back from Sweden, but a LOT has changed since he left a year ago. Following a relatively calm year in Sweden, Steve’s life was turned upside down again mere hours after setting foot on American soil. After clashing with his mother almost immediately, and having his trust betrayed by the one person he felt closest to in the whole world, Steve becomes emotionally adrift and starts making very bad decisions. One of the people who helps him pull out of this spiral is the girl he considers his best friend, Bethany Krajick.

As deeply as they care for each other, this is not a story about them getting together as a couple, as her name in the title might imply. This is more a story about their friendship during a transformative year, and how they support each other through their final year of high school before moving on to college. In the mix, as always, are a few new girls, including one that was destined, one that blossoms from his attention, and another that nobody would ever have expected. There will be milestones such as a Senior Prom to remember, but also irresistible temptations as Steve tackles what could be the hardest challenge of his life so far: monogamy.