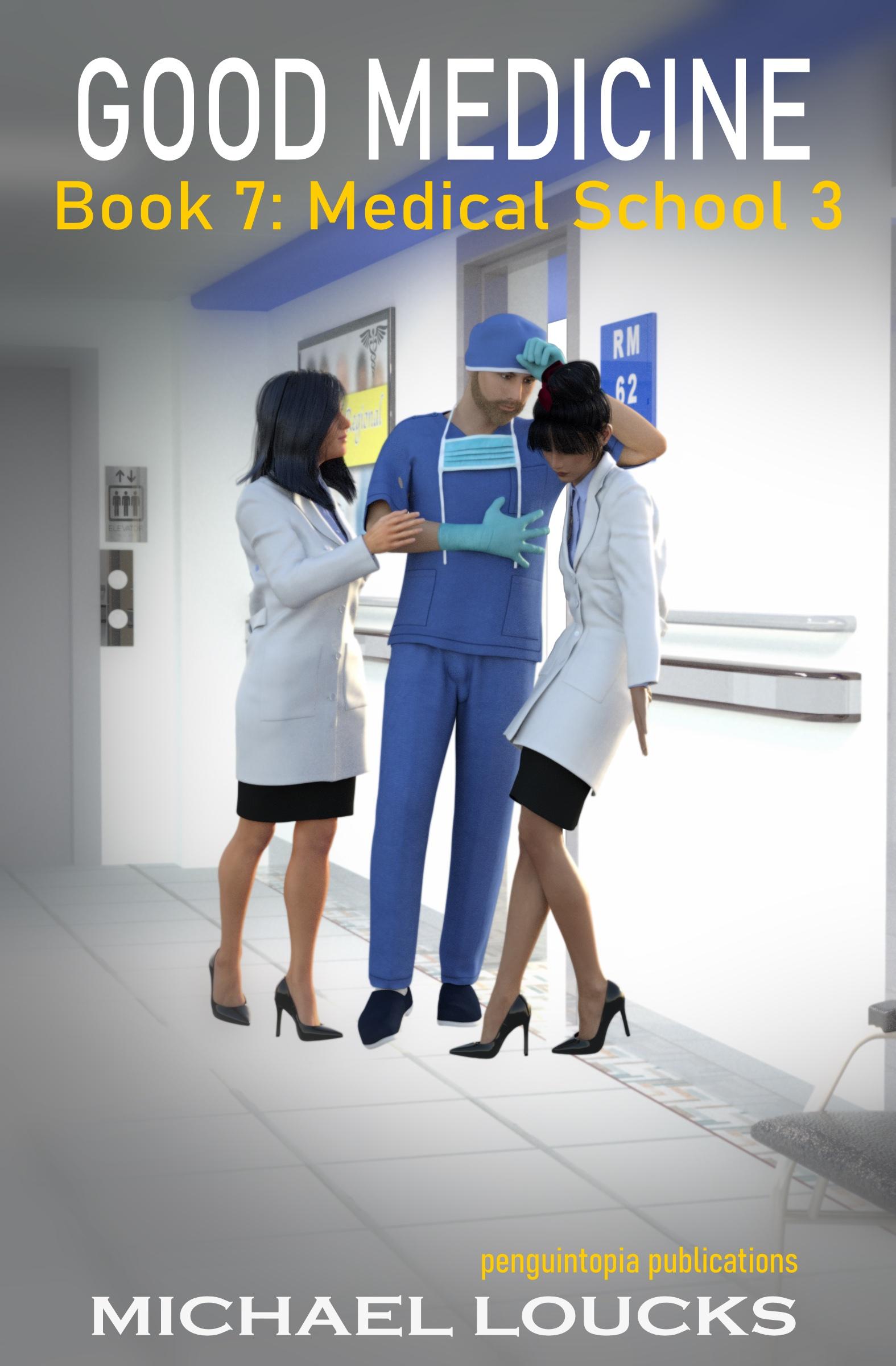 As we were ending our last book featuring the life of Michael Loucks, he had undeniably reached one of the highest of high points in his life. Earning top marks in medical school while preparing for life as a new dad is no easy task after all, but he's done both, and now that his firstborn daughter Rachel has arrived, it's safe to say the trend of his life needs to slope downward from this peak, at least for a little while. Unfortunately for Mike, the slope from the highest of highs to the lowest of lows turns out to be shockingly steep.

Rock-solid stability crumbles away into utter chaos in his professional, personal, emotional, and spiritual lives in the span of a mere few hours. Their closest laid plans, that Elizaveta would care for home and family, while Mike concentrated on his studies, have now been shattered. It's now Mike's responsibility to handle all of the above, balancing the demands of a professional mistress who will bear no dissent, versus the needs of his family, which trump every other consideration.

Thankfully, Mike has an army of loyal friends, family, and parishioners at his side who will do anything to help him take care of his needs at home and allow him to focus on completing his education. That's not to say there won't be additional strife thrown into the mix, and it does reach a boiling point where Mike suffers a significant crisis of faith. Follow along as Mike faces, by far, his most challenging year not just of medical school, but of life itself.