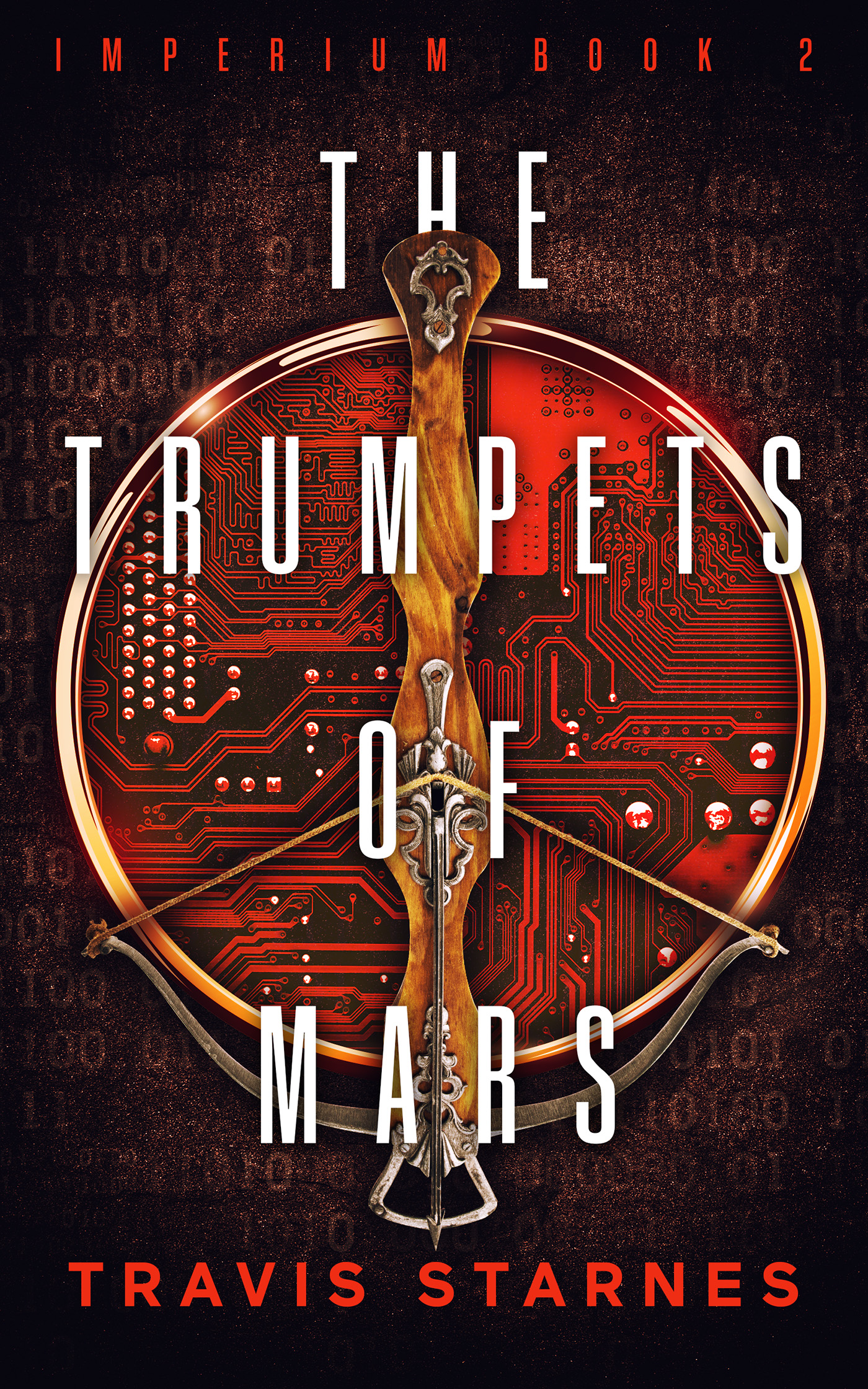 The Trumpets of Mars (Imperium #2)

Marching to War
The Carthaginians are marching to destroy Rome and it is up to Ky, a test pilot from the future thrown into an alternate past, to keep the once mighty Roman Empire from being destroyed. As Ky gathers Roman and Caledonian forces together to form a new Britannic Empire to defend against the Carthaginian host, he must also struggle to contend with a malfunctioning AI implanted in his brain that is slowly gaining sentience. Thankfully, Ky is not alone. With the help of the Emperors daughter Lucilla, he must ready himself to fight both his own mind and the Carthaginian hordes for a chance to build a new world.

Will Ky succeed in cementing the Britannic Empire as a force to counter the Carthaginian threat, or will the this alternate earth fall to Carthaginian hegemony?

The Resurgence of Rome

Travis Starnes has created a world which has Rome nearly defeated by the Carthaginians Their holdout position is in Britannica.

(For this story to make its full impact please read "The Sword of Jupiter" first.)

But things can change. Travis has cleverly inserted a soldier from the future. He has little choice but to throw in his lot with the Romans and in doing so steer their whole civilization towards more progressive outcomes - socially, strategically and in the development of their technology.

This is a brilliant read with lots of great characters and plot twists that make this world so real to the reader.