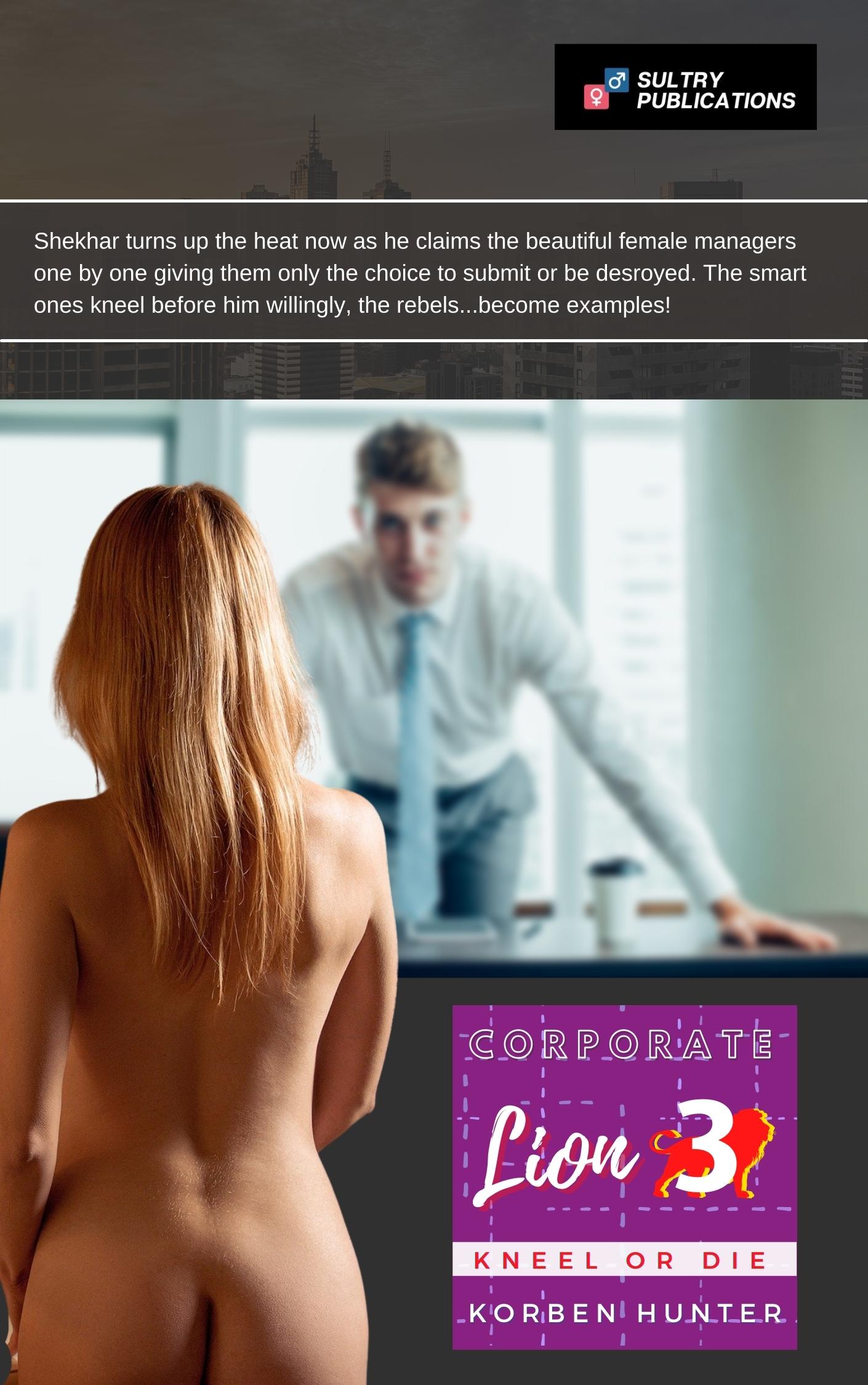 Having been in the business for a long time, Shekhar knows how to take charge of the business matters but he is also an expert in breaking, seducing, taming and controlling beautiful women. The ones who submit easily he breaks them, marks them and starts guiding them. Those who resist and challenge his authority he shows them what their fate would be if they continued to resist what is ultimately their destiny - to be his possession.

In Delhi there is a fictional company called Event Genius who are in the business of event management. They are about 500-odd strong and one of the top event management companies in the city, even in the country. They organise big events like award shows, celebrity weddings, club openings, film premieres, fashion shows, beauty contests and many others. If someone can afford them, they are the best at what they do.

But despite having a big list of rich clients and a lot of business turnover, the company has been going in loss for the last four years. Why that is, we don’t know, but things are getting worse and the trend shows no sign of reversing. In such a situation when they get an offer for a merger from an American conglomerate called Douglas Media International, they take it seriously. The offer is only named as a merger, in effect, it would be that DMI would acquire EG and they would be free to do what they want with it.

The CEO of Event Genius, Arjun Rampal, is a hard working man who is stressed to the limit at this time because not only does he have to take care of an insane amount of paperwork and keep the company afloat, he also has to deal with a thousand rumours going around which are bad for the staff morale. Some are saying that DMI will simply rob all the assets of EG and close it. Some say that they will fire half the staff. There are some more optimistic rumours as well but people are less likely to believe them.

Arjun’s wife Deepika Padukone was a beauty queen in a past life but now is a devoted wife and homemaker. His sister Rhea Chakraborty is a fashion student with ambitions to start her fashion label one day. Both the women share Arjun’s stress as he deals with the pressure of the upcoming merger.

In the midst of all this chaos, DMI notifies EG that they are sending one of their senior officials to assess the feasibility of the merger. This guy can recommend that the merger should go ahead, or be cancelled and DMI will accept that. He has the power to hire, fire, demote or promote anybody. The news of his impending arrival adds to Arjun’s stress as he knows that the responsibility to make him comfortable and happy rests on his shoulders.