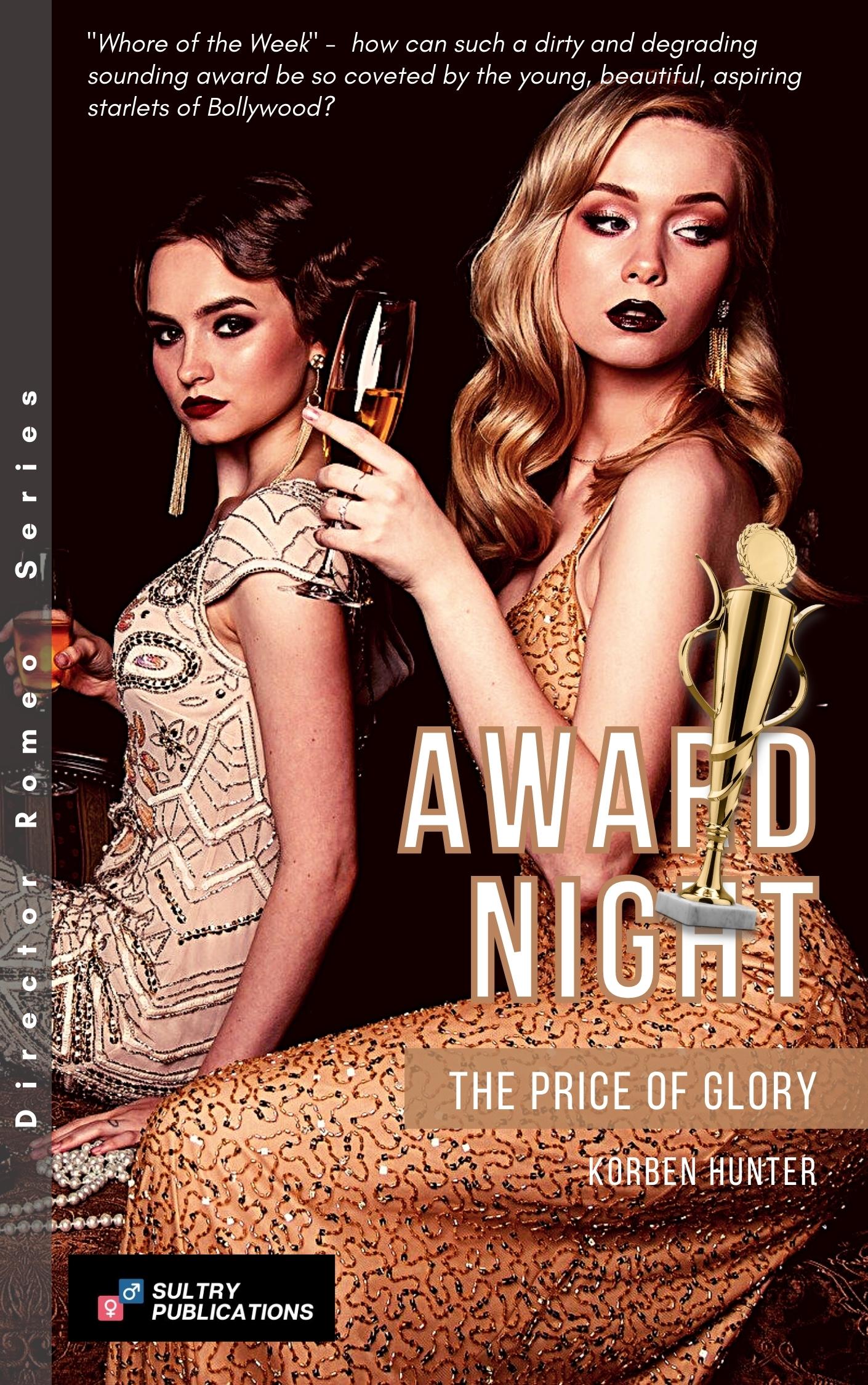 Award Night: The Price of Glory

What he does to them in the award ceremony is unconventional and highly controversial but the girls themselves don't mind it at all. They take it as a chance to impress him with their skill and hope that he will consider adding them to his stable of beautiful actresses.

The premise for this series is a completely-unlikely highly-fantastical situation where a film magazine in Bollywood hosts a weekly poll on their website which is called “Whore of the Week.” Audience vote for their favourite actress and every week one girl is selected for the award. Film actresses, especially new actresses, love to get this award. The award ceremony is held every week like a normal award function in which a celebrity director gives the award to the girl. Usually, this director is the hotshot Bollywood director Romeo also known as the uncrowned king of show business. He is one of the main reasons girls want to get this award because they get to meet him and usually he does more with them on the stage than just handing them the award.

In reality, this is a poll I conduct in my Reddit community BollywoodStories every week where I share 6 names and members vote on them. The top voted girl is selected as Whore of the Week and most times I write a story about her within this premise. While this is situated in the Romeo universe, it is a parallel series, sometimes I honour the main timeline and previous events, a few times I don’t in order to make the story more tantalising .

They are mostly fast stories and usually short but the later stories are longer and more fleshed out. This book contains the first 13 stories plus an additional story as Epilogue. I have edited the stories to remove mistakes and improve readability. I have also added more text to some of the stories, most notably in the Samantha story. The first and last stories are new, never published on Reddit before.

On Reddit, the contest is still going on weekly and more stories are being written. If this book is liked by the readers then future stories will be published as books as well.