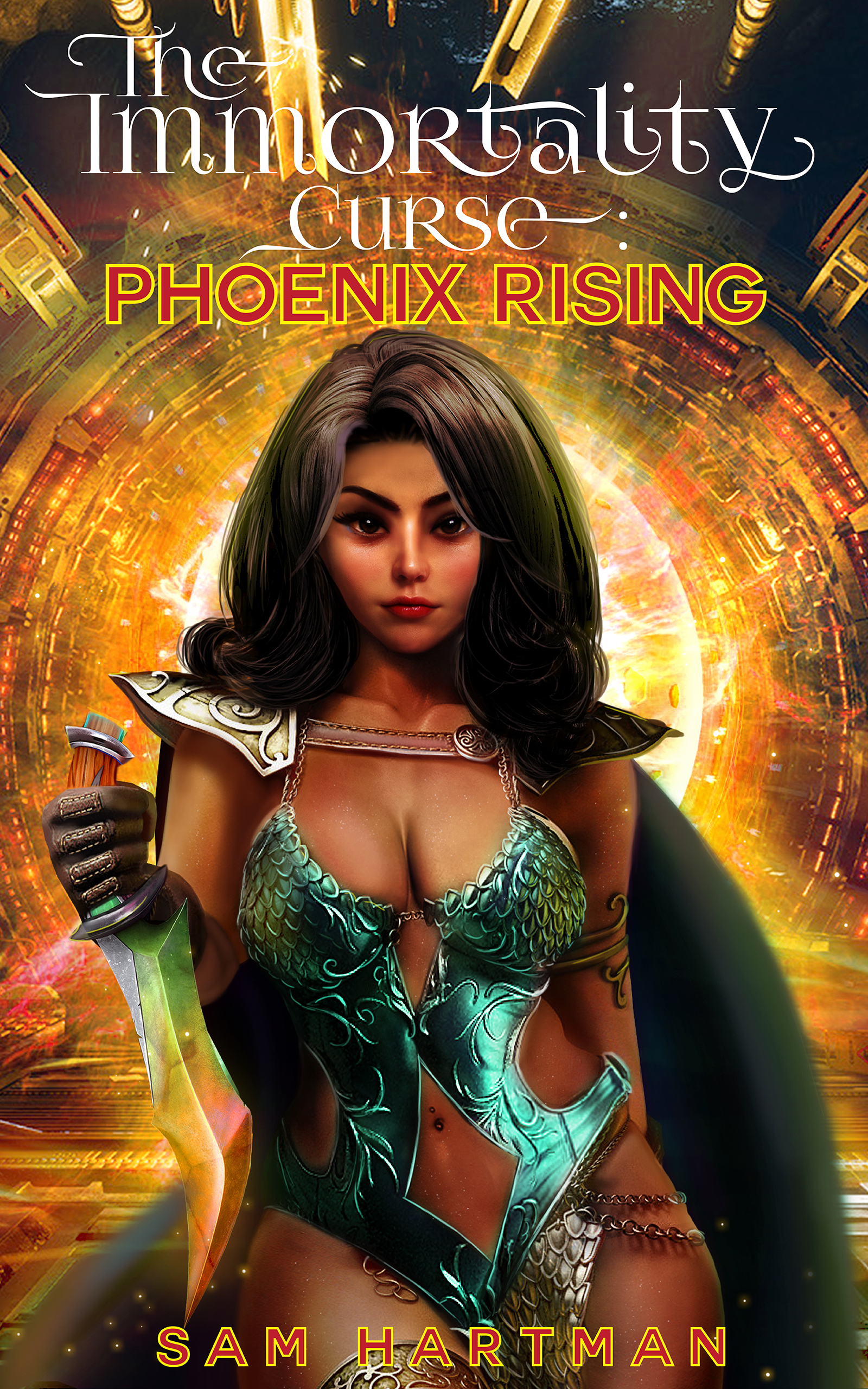 When a group of industrial AI controllers said they were bored and wanted to use excess capacity to create an online game, they were met with ridicule. Then the beta came out, and the joke was on the rest of the industry. The world was the ultimate in virtual reality. There were no limits to what players could do. The AI touch mattered. The NPCs were just that much more realistic.

The tavern wench Hulda had captivated David's interest like no other NPC: she was vibrant and full of life. Before he could lose his courage, his new character Ariel was born. She was a foxy, curvaceous goddess, and like Hulda, she would take all life had to offer. Through her, David was free to live fantasies he could never find courage to face as himself. David had already succeeded against the monsters and dungeons. That had freed him from his world. Ariel was going to be even better: she was going to free him from himself. That first night, playing Ariel was everything David hoped it would be. But as Ariel learned more about Hulda's world, she realized things were not as they seemed between the NPCs and players. In Hulda's world, the true enemies were not the monsters Ariel could see, but rather the fears in her own mind. To survive in this world, Ariel needed to face those fears and find her place in a world where even her notions of right and wrong are turned upside down.

Warning: the Immortality Curse Universe is for mature readers 18 years of age or older. Characters face adult situations with no easy answers. This is a story of the deepest desires and the struggle to find the compassion and vulnerability to embrace them.