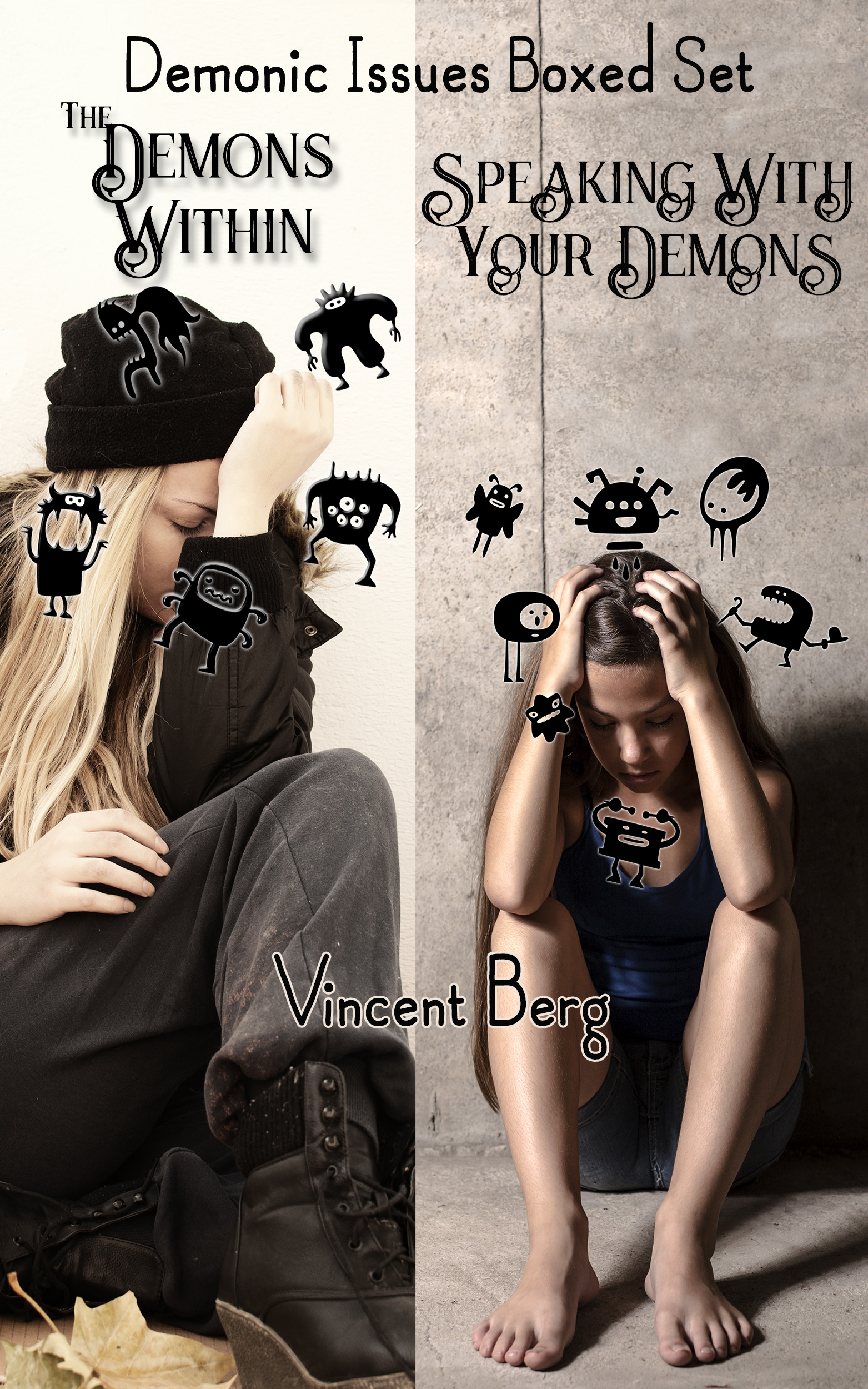 When Phil Walker starts seeing the demons within, the world of those afflicted with mental illnesses radically changes, dragging Phil, the medical establishment and everyone else along with him as he combats demons, dragons and fairies. He's soon fighting for his life against mythical creatures, surgeons eager to shut him up, and cops worried about a man threatening the homeless. The story starts with "The Demons Within", as Phil tries to make a difference without being able to explain what he's doing, or why it works. It continues in "Speaking With Your Demons", where he gives up on wrestling with demons, and instead tries negotiating with them. This is a box set of the complete Demonic Issues series: Book 1 - The Demons Within Book 2 - Speaking With Your Demons