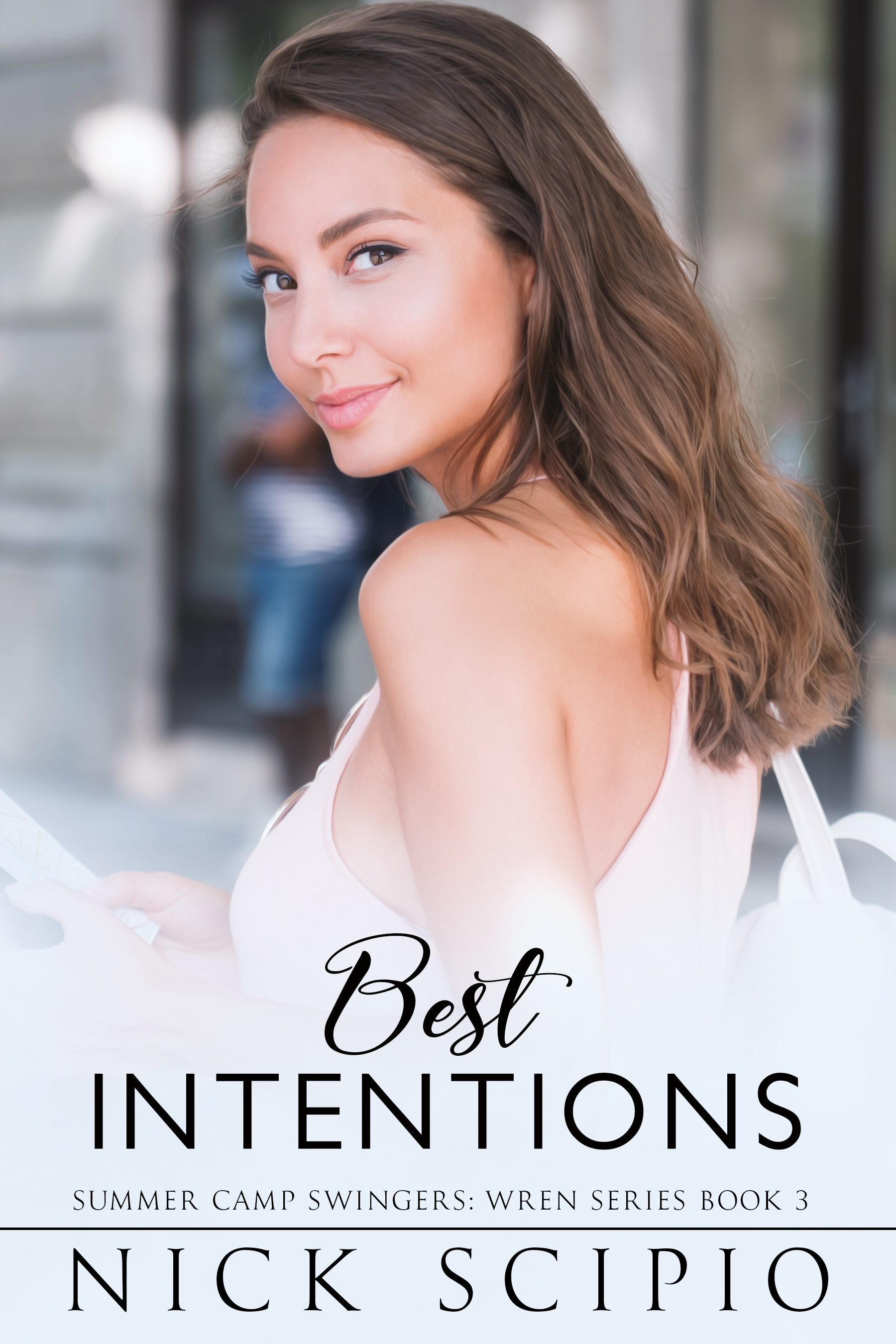 What do you do when friendships and lifestyles clash?

Paul’s latest playmate has a past (and a girlfriend) which puts him in a balancing act between old friends, new experiences, and maintaining the honor he’s worked so hard to build during his sexual adventures.

In Best Intentions, book three of four in the Summer Camp Swingers: Wren series by award-winning author Nick Scipio, Paul struggles to maintain relationships while being true to himself and those around him. Smear campaigns, wounded relationships, and runaway women all threaten to tip the balance and leave Paul picking up the pieces.

As the conclusion of the series looms on the horizon, this book sees Paul inspecting his beliefs, gauging his growth, and deciding what is (or isn’t) worth standing up for. But while there’s conflict aplenty between the swinger crew, discussions aren’t the only heated moments in these pages.