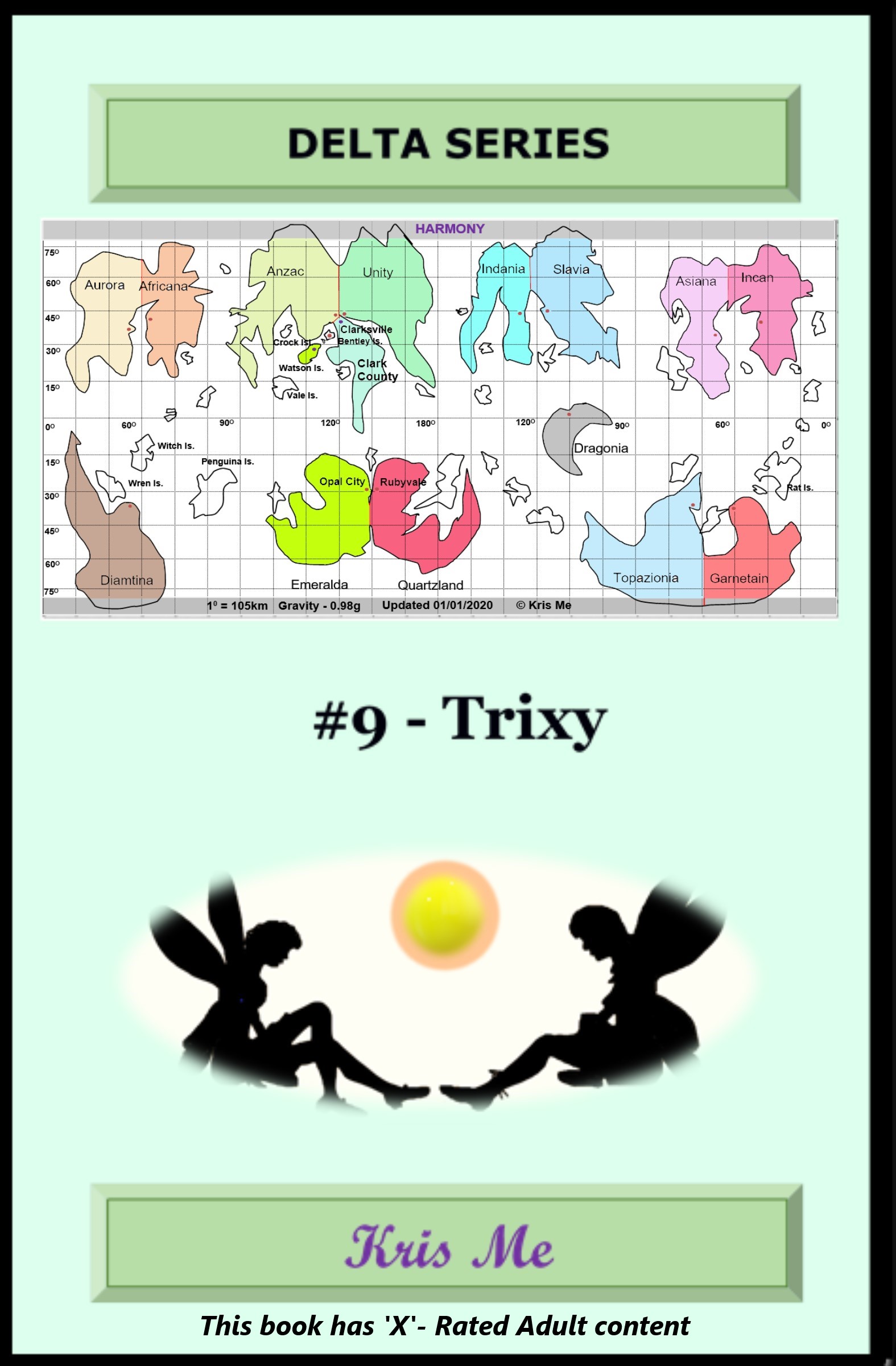 Trixy Walsh is a girl looking for a job and a man to love her. The starship Fortune has successfully returned to Earth. It is collecting people wishing to move to the new planet called Harmony.

In 2095, man had settled outside Sol for the first time. She had heard that Queen Wizard Lee Watson was looking for women to fill a special order for the Giants that were moving from Rihia Island on Utopia to the new twin cities on Harmony that were ruled by two of her new wizards, Justin Ubobo and Alex Shaman.

Lee had been a tradesperson looking for adventure when she had headed to the Delta Pavonis system on the starship Fortune nearly two years before with her cousin Kyle and ninety-eight other crew members.

She was now a mother, married to two wonderful people she loved dearly and the Wizard Queen of two planets. She created a Charter and invited the people of Earth to come and settle on the planet Harmony as long as they left the Dragons alone and abide by the Charter.

Since Utopia was already populated by people from Earth's mythical past, Earth couldn't claim that planet and Lee had made it invite-only for Earthlings.

Lee hoped the people of Earth didn't bring all of their bad habits with them when they came to settle on Harmony. They might not know what true wizards were capable of, but they were going to learn.

For Trixy was this the opportunity of her life, and would she find what she had been searching for?