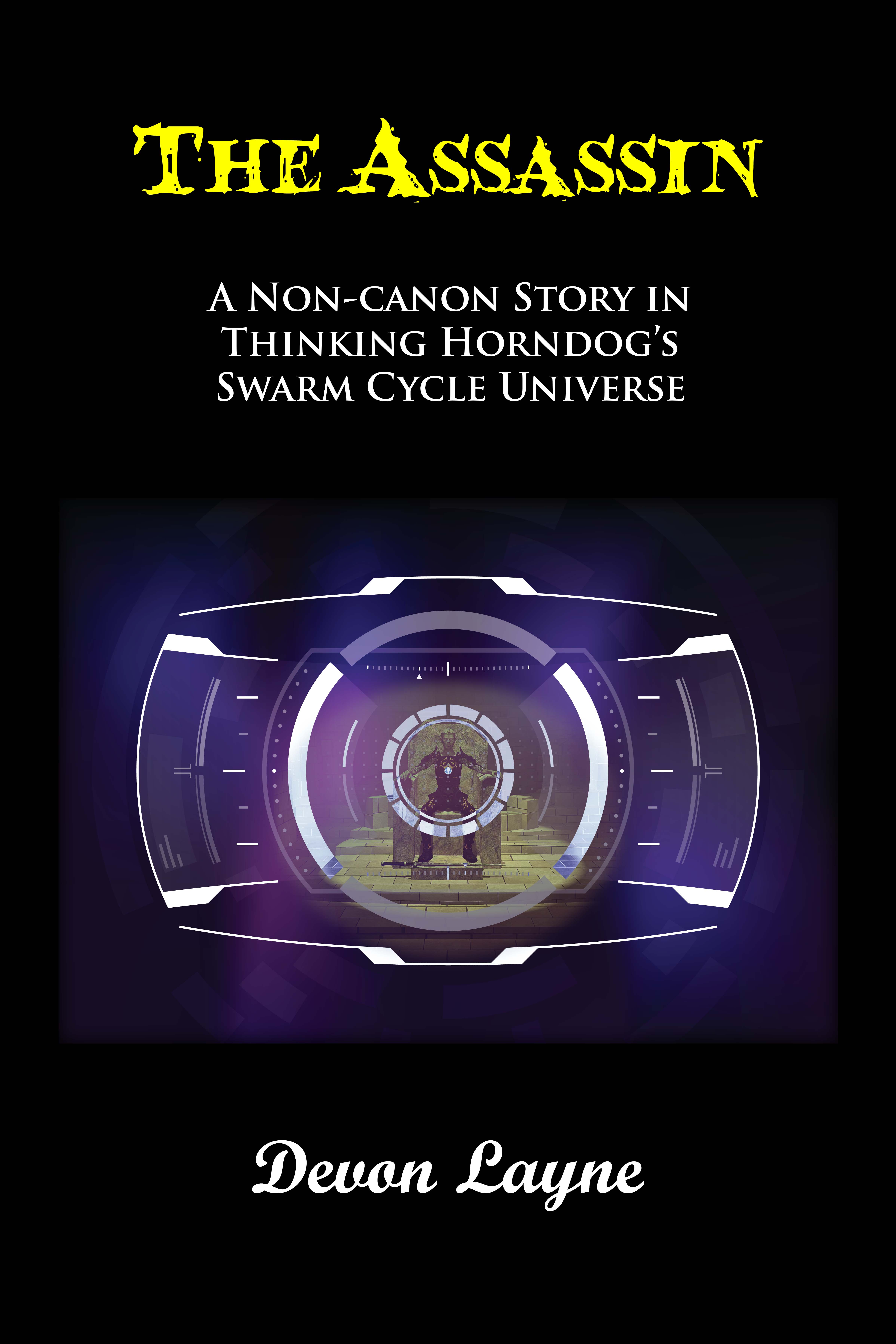 "The Assassin" is a non-canon story in the Swarm Cycle universe and passing familiarity with that universe would probably be helpful, but not really necessary. This is character driven sci fi and I believe anyone who enjoys that genre could pick it up and get a charge out of the book.
Having immigrated to a Confederacy planet as a child, Niall Cho rejects becoming either a sponsor or concubine and joins the planetary militia on his fourteenth birthday. This is his story as he rises through the militia and challenges some of the Confederacy's basic principles and its planetary AI. All on his way to becoming The Assassin.