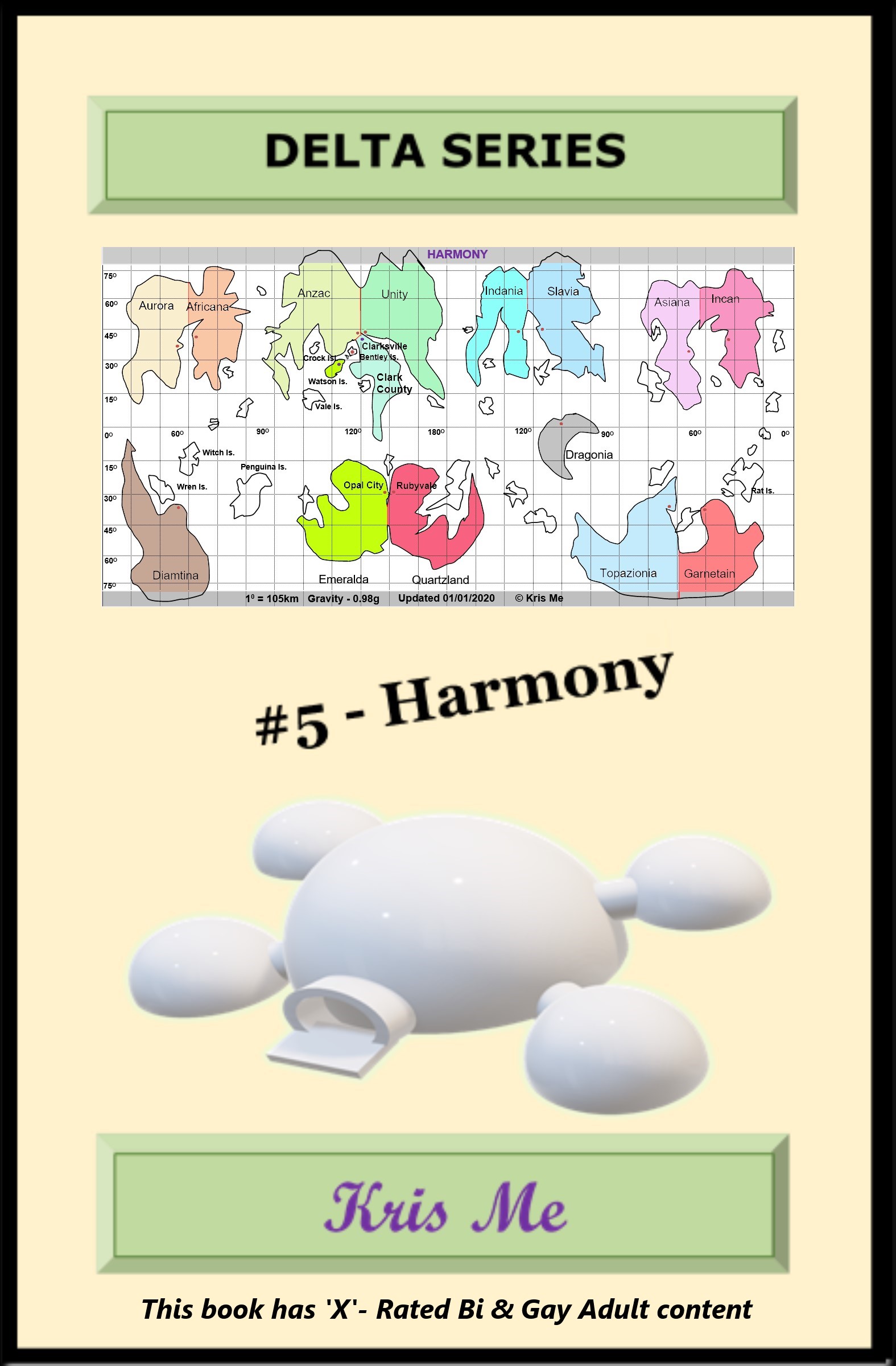 This is book five of nine.

Kyle and Lee were signed aboard the Starship Fortune as crew, with ninety-eight other souls to go and explore the Delta Pavonis Star System.

In the thirty-four weeks since they left Earth, a lot has happened to them. The trip to Delta Pavonis had not been smooth sailing, and they lost three crew members along the way.

After they had arrived in system, a member of the crew, Professor Essco had intervened and ensured they went to the planet of his choice. He was under secret orders to find a special crystal that the crew of Explorer GJ10 had found on the planet.

Captain Allan Ubobo had been sent to this system four years before, but his ship had malfunctioned, and his crew had to settle on the planet. He had been expecting the people of Earth to turn up eventually, but he didn't want to go home as he had a new life on Utopia.

Kyle and Lee have found love, and they have married their partners on the planet called Utopia and in their new settlement called Futura. Lee, and Kyle's wife, Debora, were both pregnant.

Kyle and Lee can't go back to Earth. They had been claimed by two of the wizard's boxes they found and are now responsible for protecting the people of Utopia. Many of the other crew members had also found love when the locals started to move to their new town.

Captain Clark was being to suspect he wouldn't be taking all of his crew back to Earth.

Lee and Sean have decided that they would put a Dome settlement on Utopia's sister planet Tychy for the people of Earth. They don't want the Earthlings muscling in on Utopia.

However, things don't quite work out as they plan.