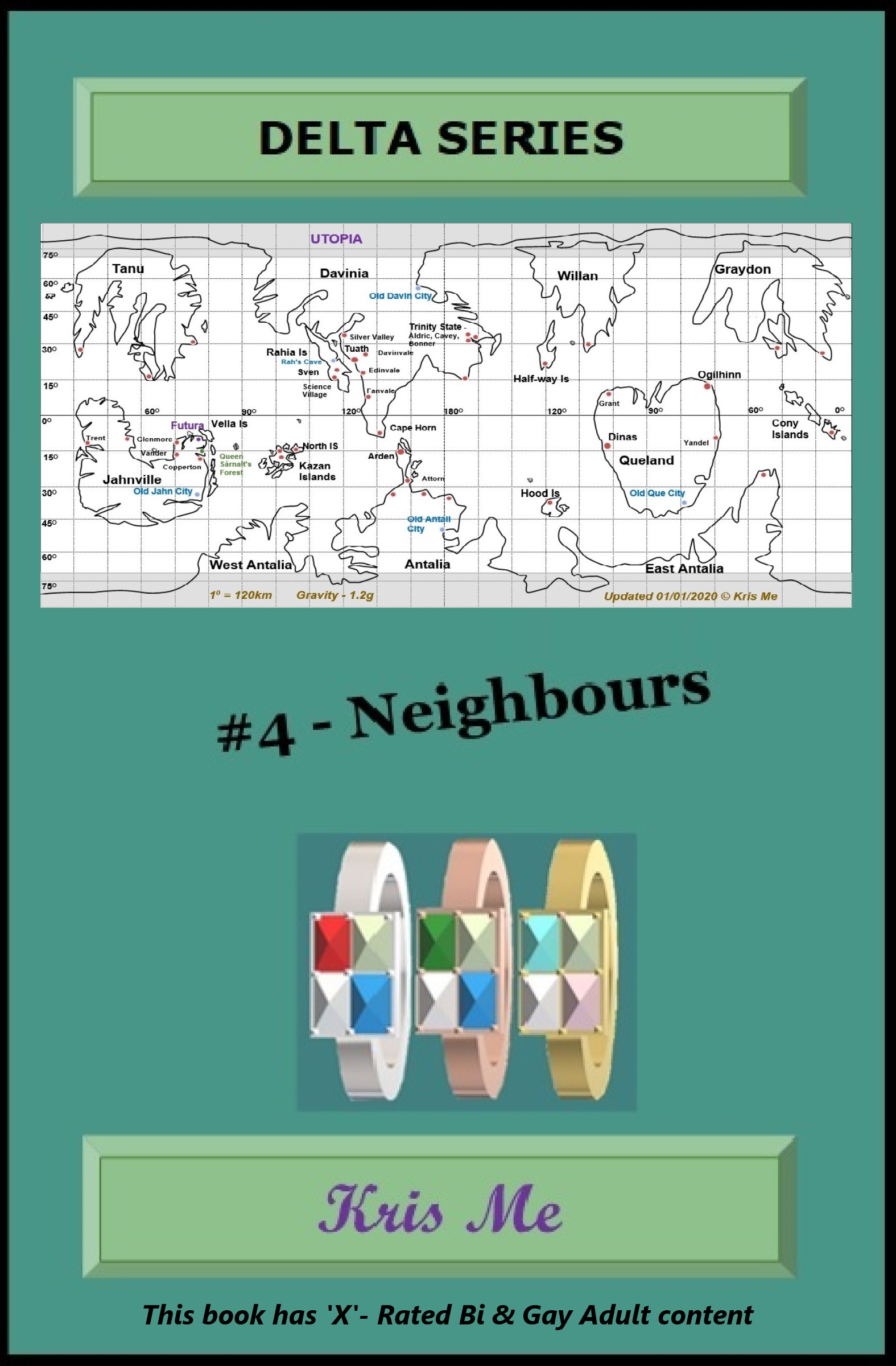 Kyle and Lee were signed aboard the starship Fortune as crew, with ninety-eight other souls to go and explore the Delta Pavonis system.

It has taken them twenty-seven weeks for the crew to get to Utopia and then establish themselves on the continent of Jahnville. The trip was not without its perils, and three of their crew members didn't make it to their destination.

Kyle and Lee had also found some strange boxes in several ruins. The boxes would change their lives. When the boxes opened for them, Lee and Kyle were claimed by the magical items and became wizards and protectors of the Keltrian People.

During their preliminary explorations, Sean adopted a female faerie called Sparky. She was the sole survivor of her clan after a bush fire. She had given the Earthlings permission to set up home in her valley.

They had survived their first cyclone and increased in number when Sparky's betrothed, Ross, and two families of faeries moved with him to live with her.

Kyle and Lee didn't believe they would be going back to Earth. They had new responsibilities and lives on Utopia. Tony and Debora planned to stay with Kyle, but Lee wasn't sure that Sean could stay, due to his Army commitments.

One man who still wasn't happy was Professor William Essco. He still wanted to go to Antalia to find the energy crystals and what had happened to the crew of GJ10.

Allan Ubobo was stranded on a planet in the Delta Pavonis Solar System. After four years he is surprised to learn that his people have come, but it wasn't to find him and his crew.

Lee and her people are trying to work out how to blend into the society of the new planet. The future had a few surprises in store for them.