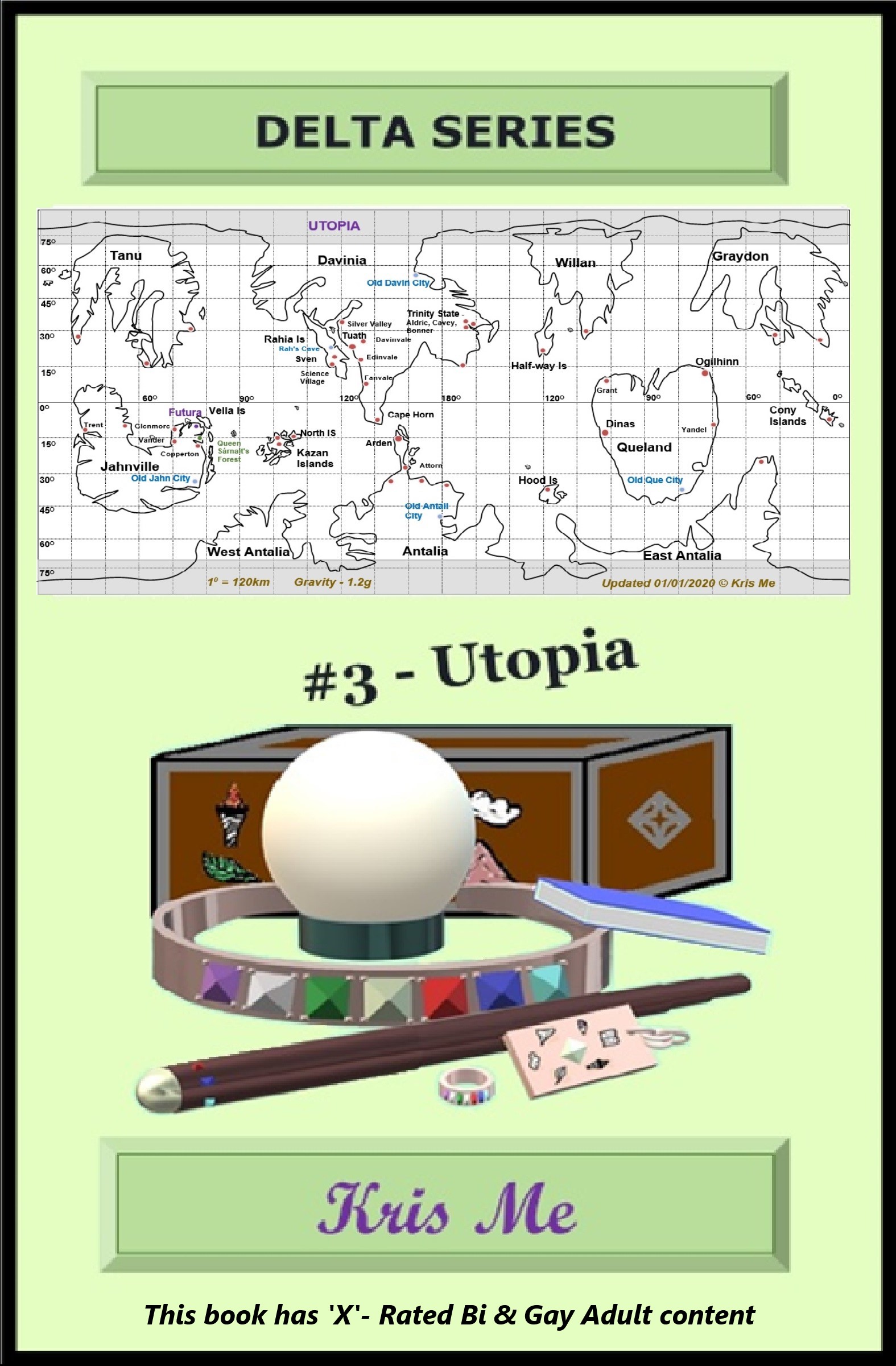 This is the third of nine books in the Delta Series.

Best friends Lee and Kyle had signed aboard the Starship Fortune as crew, with ninety-eight other souls to go and explore the Delta Pavonis Star System.

In the first twelve weeks, several misfortunes had already taken their toll on the crew, and they were down three members.

Dr Syd Adams had died when Lee had killed him. She had been protecting one of the research assistants, Tahoora Aabdar, whom he had already raped several times and was attempting to do so again when Lee had intervened.

Mark Hilton, one of the day shift kitchen hands, had his neck snapped, killing him instantly. The gravity compensators had fluctuated wildly when the Fortune came out of its last jump. She had tried going in reverse because of poor programming and human intervention.

The third man, Rodger Bartlett, who had been one the Drive Engineers, still hadn't been found and was presumed dead. His disappearance during the bad jump was still a mystery to most.

For Lee and Kyle, their lives had also changed. Kyle now had two partners and couldn't be happier. Debora Smith, who specialised in Genetics and Tony Paora a Horticulturist now shared his love and dreams for a better future.

Lieutenant Sean Watson, the SOER team commander and Lee, were engaged to marry and both very much in love. Due to the problems aboard the ship, they had also learnt they worked well together out of bed, as well as they did in it.

Other members of the crew had also found someone to share their time with. Some had become even more reclusive than before, like the previous Supervisor of the Engineering team, Ben Layard.

Ben still couldn't forgive himself for accidentally killing poor Mark and also injuring two of his best friends, Professor Hue Hague and Dr Tammy Bell.
Now the battered crew of Fortune prepared to go into orbit around a new world. They were supposed to be at the sister planet Tychy, but someone had decided otherwise at a great cost to the crew.

Could this planet be the one they were looking for to make a new home for Earth's expanding population? Or would it change how humans viewed their place in the universe?