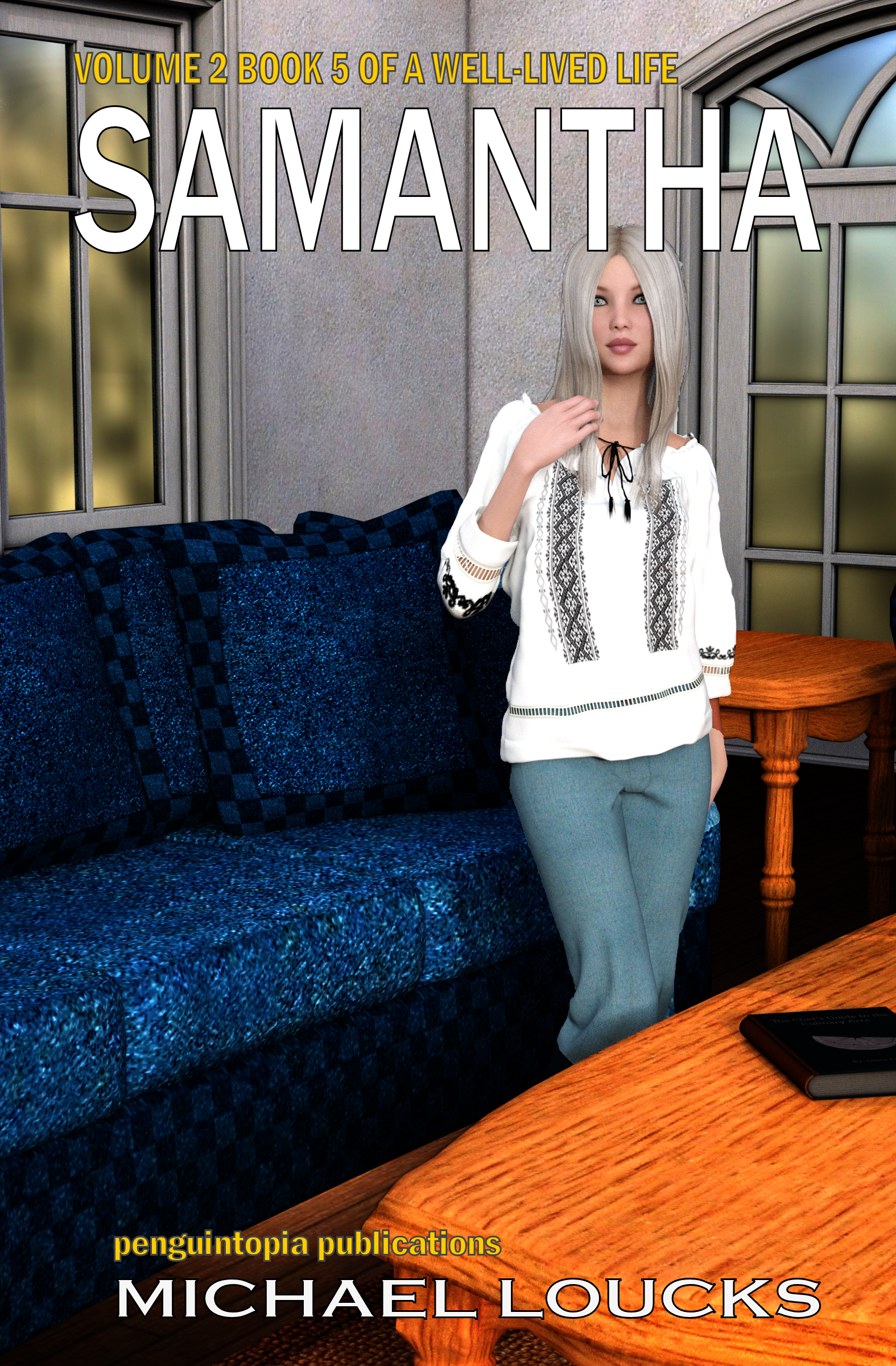 Steve Adams knows the value of a dollar. Even though he grew up in an upper middle-class household where money wasn’t an issue, he still understands that nothing in life is free. He’s been exposed to more moneyed lifestyles via both Bethany and Becky, and later Jeri, but nothing could prepare him for Samantha Spurgeon’s lifestyle. In her world, seemingly nothing is out of reach, everything (and everybody) has a price, and nearly every possible want is hers for the taking. Until meeting Steve, the idea a four-year-old girl would cuddle with her and love her unconditionally was a foreign concept, much less a grown man doing the same. Yet, that’s exactly the circumstance Samantha finds herself in after seventeen years of nearly everything in her life being treated as a business transaction. While her purely business senses are perfectly attuned, her ability to empathize and care for others is sorely underdeveloped. Real love is a foreign concept. Every deal is only a “win” if her counterpart loses, something completely antithetical to Steve’s worldview. With Steve’s relationships yet again in transition due to Elyse’s reunion with Eduardo, and Abbie and Jason’s budding romance, Steve will soon be lacking his “long term third,” something that’s been a source of stability in his life. Samantha is certainly a candidate for the role, but is it something she’s ready for? Can she step in and fulfill the role, or will her own needs and other outside forces prevent her from doing so? More importantly, is she the right girl to step into this role, or is she better suited to another role in the Adams family’s life? The only certain outcome here is that Steve will do everything he can to ensure everyone comes out ahead in the end.