Mike Lowe aka The Scot 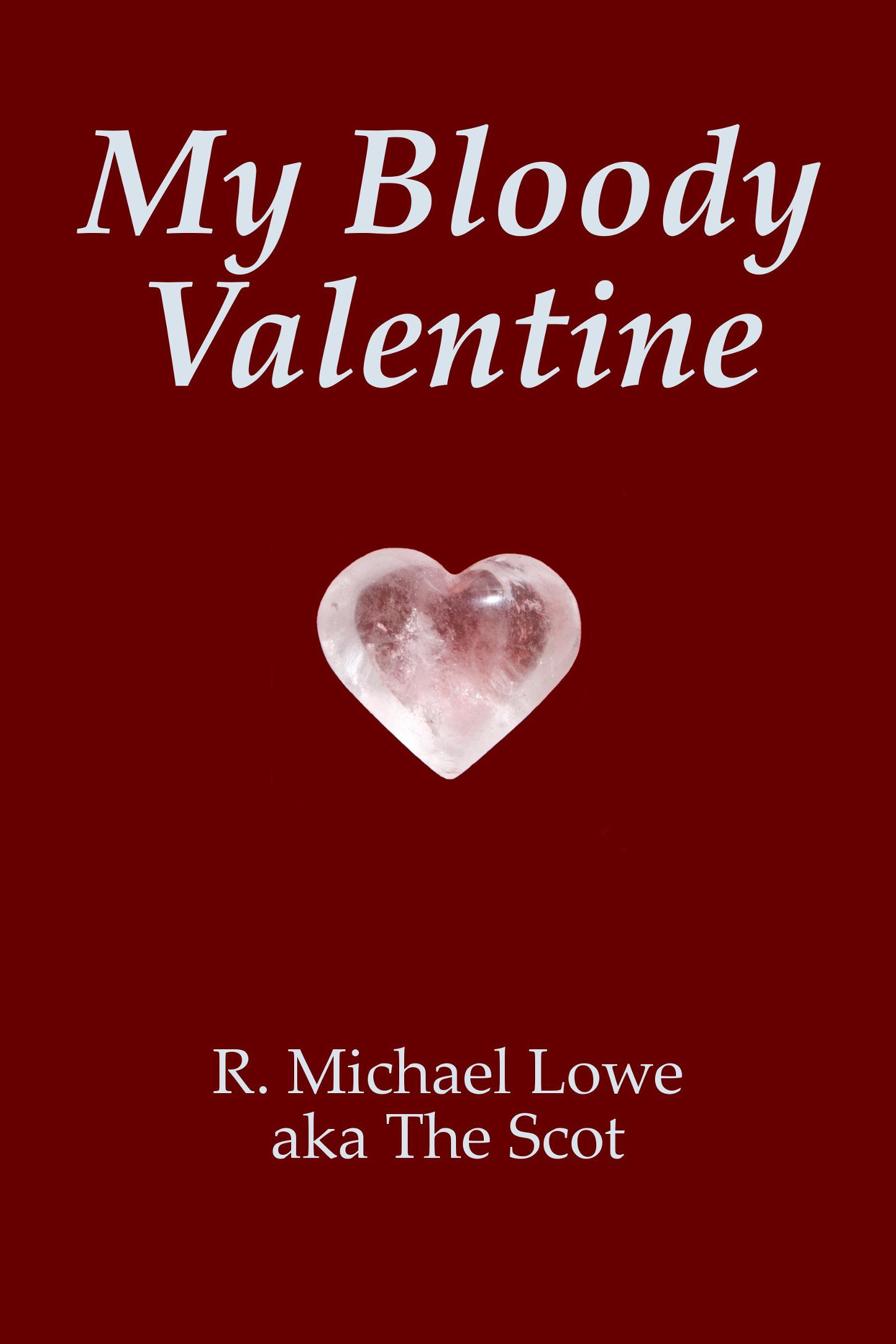 Product names, brands, and other trademarks referred to within this book are the property of their respective trademark holders. Unless otherwise specified there is no association between the author and any trademark holder is expressed or implied. Nor does it express any endorsement by them, or of them. Use of a term in this book should not be regarded as affecting the validity of any trademark, service mark, or registered trademark.

The background image is Love for Valentines by Thor, and is used with his permission under Creative Commons attribution. The adding of text, manipulation and merging is done by Ernest Bywater. All rights to the cover image are reserved by the copyright owners.

Larry Lawrence sat beside the window of the Southwest Airlines 737, casually searching the ground below. In some strange way he had hoped to be able to spot Dyson City as they flew over northern Alabama. To this point he hadn't spotted any recognizable landmarks.

Dyson City, Alabama, was a small town of less than ten thousand, located in the middle of the north central part of the state. It was a typical redneck community, about an hour north of Birmingham and a few miles south of Cullman. It was also the town he had fled in humiliation and despair some twenty years earlier; a town that he had been determined to never visit again. Well, that had all changed with a surprise phone call from the past.

When the captain announced they were on the final approach into the Birmingham airport Larry knew they had long since passed the area where the town was located. It wasn't a real surprise he hadn't noted anything that looked familiar - just as he had changed over the years, so had the town. He was certain neither would have recognized the other.

As he gathered his bag and exited the aircraft, he reflected on the events of that dreadful Valentine's Day - the events that had drastically altered his life forever.

Do I really want to go back to that hell-hole? he asked himself. If only I hadn't received that strange call; a call that released the demons that have been locked away for years.

"Be here on the fourteenth," she had said. "It's time for Madison to be avenged."

Larry had tried to immediately call the woman back at the number shown on his phone's Caller ID, but was told by a robotic voice that it was not a working number. That raised his hackles even more than her phone call. It took a lot to get that kind of reaction from him after he spent sixteen years in Army Intelligence plus four years as the vice president and senior troubleshooter of a major security company.

Since a mysterious call had precipitated this trip Larry wanted to make sure that it would be almost impossible for anyone to track him, or trace anything that occurred in Alabama back to him. Therefore, he had used the same research, planning, and tradecraft tactics he'd honed during his years in Army Special Operations Intelligence (SOI) to hide his true identity, and the path he would travel.

Thus, in the previous week, Larry had traveled to Denver, New Orleans, and Salt Lake City as part of his normal business activities. In each city he had made late night visits to hotels close to where he was staying and had used their business services computer to acquire the tickets and boarding passes for the different sections of the trip. Each of these had been purchased using one of his many previously created false identities and a matching prepaid credit card.

On February 13 Larry traveled from Kansas City to Seattle to lead the investigation concerning a security breach at a client's location. In actuality, he only stayed in Seattle long enough to make a face-to-face visit with the client, and advise Jerry Maples, the lead man on the investigation, as to what needed to be done concerning the investigation. The meeting with Jerry also included a discussion of what was needed to cover Larry's absence.

To many, a secret shared was no longer a secret, but Larry had complete trust in Jerry. Sergeant Maples had been part of his old Army group and was totally dedicated to his old Major - legal or otherwise.

"Jerry, I need you to cover for me as best you can. If the client asks, I'm chasing down some leads in the outlying communities. Also, here is my cell phone. Use it to make a few local calls using my identity, as well as to call my office to periodically check my voice mail. Before I leave, we'll pick up a couple of prepaid phones for any needed communication between us, including relaying important calls and e-mails."

"Sergeant, I think you have the picture."

Larry had flown from Seattle to Las Vegas using a different identity and an altered appearance. After checking into a cheap motel near the airport he changed his appearance and supporting identity to that of an elderly man. After checking himself carefully in the mirror the 'old man' walked next door to another motel and took a shuttle back to the airport.

In an airport gift-shop Larry added a cane to his disguise. A short time later the 'old man' boarded the next flight to Dallas-Fort Worth.

At the Dallas airport he slowly hobbled into a busy restroom and entered a handicapped stall. A few minutes later that identity disappeared and Larry emerged with a new identity, complete with different clothes, glasses, bushy eyebrows, a dimple in the middle of his chin and a different carry-on bag. He loved the soft bags that could be carried inside another one. The clothes he had been wearing were now helping him to appear thirty pounds heavier.

After leaving the restroom Larry wandered around the airport for more than three hours, killing time until the last flight to Nashville. While waiting he used the prepaid phone to call Jerry Maples to check on things.

"A woman just called and left a message," Jerry relayed. "She said to meet her at the Krystal in Rawlingsville at one thirty."

Larry must have sounded different somehow because a concerned Jerry asked, "Boss, are you okay, and if you don't mind me asking, what's going on?"

"Jerry, I wish I knew. It has something to do with a nightmare from my past. For the moment, I'm having to proceed a step at a time, using all my past experience to try to cover myself."

"Do you know who this woman is?"

"I've my suspicions, but right now, you know almost as much as I do."

"Does it have anything to do with a girl named Madison?"

Shaken to his very core, Larry asked curtly, "What do you know about Madison?"

"Just at times you used to cry out her name in your sleep, especially when it appeared that you were having a bad dream. When you said a nightmare from your past I suspected there might be some relationship between those dreams and all this."

"I suspect you may be right, but at this point, I'm not sure. That's why I'm being so cautious. This whole thing, in some way, relates to the horrible events that precipitated my leaving Alabama twenty years ago."

"And, what was that?" asked Larry's concerned friend.

"Jerry, you don't need to know the details. It's bad enough that I have to carry their weight - and I lived them."

"I hear you, Major, but we've been through too much shit together for me to ignore your struggles. Do you think this woman is planning on blackmailing you, or something?"

"There's no basis for blackmail, as I was one of the victims."

"That's good to know, though I can't imagine you being any sort of victim."

"Thanks for the thought, Sergeant Maples, but, do you remember, the Army builds men?"

"Well, twenty years ago I was a nerdy kid who only weighed a hundred and forty pounds. I was blindsided, knocked unconscious, and beaten almost to death. At the same time, my girl, Madison, was gang-raped and beaten. She committed suicide within an hour after arriving home from the hospital."

The stunned retired Master Sergeant responded, "And now you're going to make the bastards pay?"

"Jerry, I don't even know for sure who the rapists were. I'm just following a couple of cryptic messages from some unknown woman to see where they lead."

"Well, good luck, and I'll make sure you're covered from this angle."

"Thanks. I'll probably talk to you sometime tomorrow."

It was after one in the morning when he finally landed in Nashville. He had a five hour layover before his flight to Birmingham. He wandered around the almost deserted terminal for a while, finally taking a seat across from his departure gate. It wasn't the most refreshing place to sleep, but, after all his time in the Army, Major Lawrence had learned to sleep anywhere, anytime.

After exiting the plane in Birmingham, Larry headed toward the front of the terminal. Once past the security area he entered another bathroom and did another identity change. Plasti-skin was removed from his face, revealing a scraggly four-day beard. A dark wig formed into a classic mullet style haircut covered his short light brown hair, and colored contacts replaced the fake glasses he had been wearing. His khaki slacks were replaced by some well-worn jeans, and his shirt was covered by a Crimson Tide hoodie. The finishing touches were a beat-up University of Alabama hat, and a mass of something that resembled chewing tobacco placed in his cheek.

That was a preview of My Bloody Valentine. To read the rest purchase the book.

Add «My Bloody Valentine» to Cart