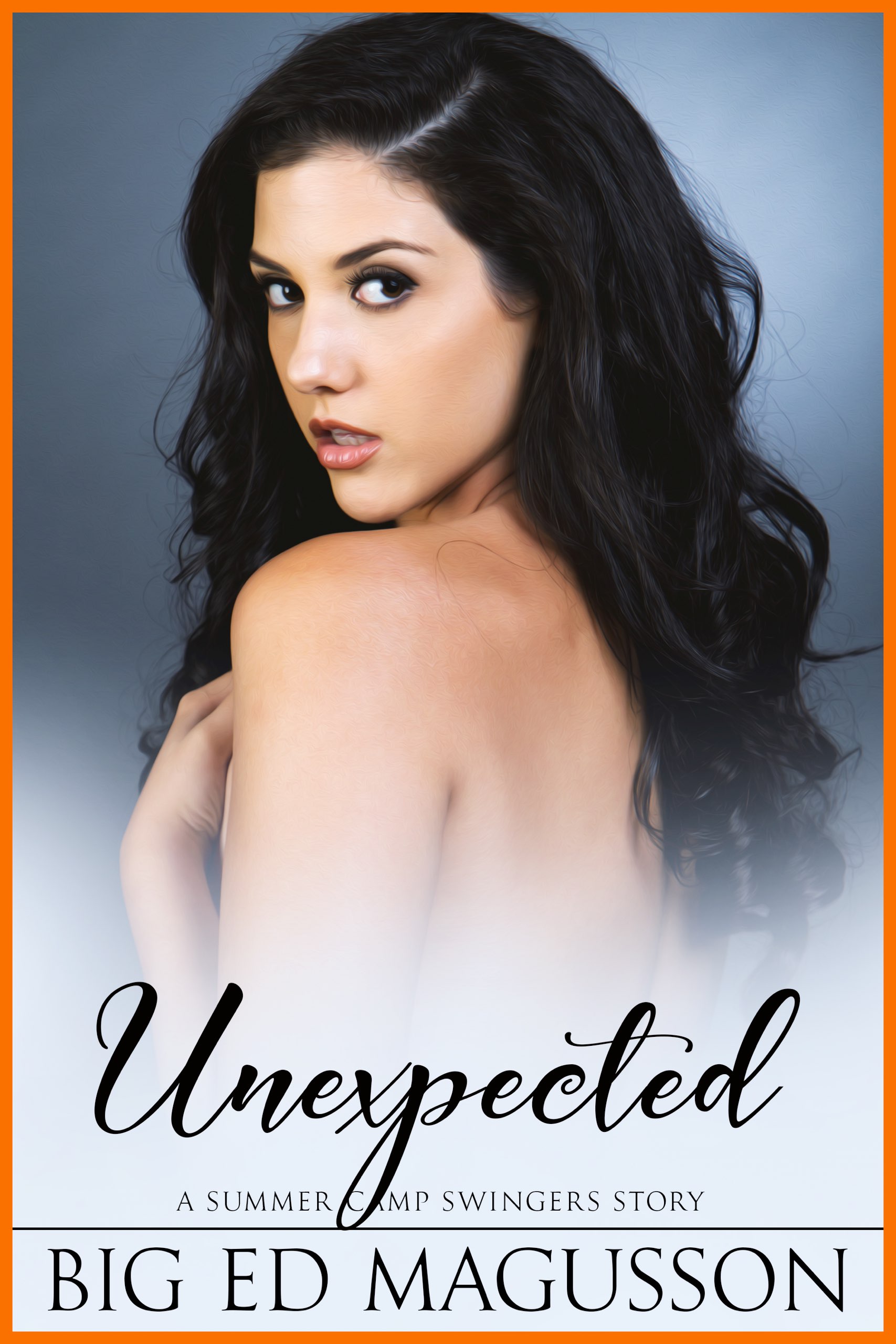 Copyright © 2019 Big Ed Magusson. Summer Camp characters and locations (c) Nick Scipio, used with permission. All rights reserved, including the right of reproduction, in whole or in part, in any form.

With such a large world, there’s plenty of room for side stories. This one is the coda to my Chris Coulter stories and takes place in the spring of 1986. If you’re interested in more of my work, you can find the bulk of Chris Coulter’s adventures at my site, Big Ed’s Place, or at my Patreon.

Chris smiled as he walked in the front door. All the weight of the long work day seemed to slough off his shoulders as he set his briefcase down and took off his coat. Just getting the stuffy thing off helped. The forecast had been for rain when he’d taken it in the morning but it’d turned into a beautiful spring day. The clouds had cleared by lunch, leaving everything bright and invitingly sunny.

He loosened his tie as he walked toward the kitchen. The warm scents of Indian spices mixed with the sounds of a whirling blender. He chuckled to himself. Even after all these years of being married, he couldn’t distinguish the smells of his wife’s spices without being told what they were.

The bright lights of the kitchen were almost as inviting as the sun. Chris stepped into the room and paused. Then a smile unavoidably crept across his lips.

His wife, Elizabeth, stood at the counter next to the whirling blender. Her hair tied back, she wore her white apron over one of her everyday sets of blouse and slacks. She chopped something—onions it appeared from their color and shape—while Leah watched.

Leah… Chris took a deep breath. His daughter looked stunning. Her back to him, she leaned comfortably against the counter. Her tight pants highlighted every curve of her hips and ass. She’d loosely pulled her long dark hair back, letting it cascade down her between her shoulder blades and over her dark green blouse. She idly swirled a wine glass in one hand.

Beautiful, as usual, he thought.

Elizabeth stopped the blender. She turned to say something to her daughter and smiled when she saw Chris.

Leah turned and her smile lit up the room.

“You were cooking,” Chris said. He walked forward and put his arm around Leah’s waist and gave her a squeeze. “Hey, Pumpkin. This is unexpected.”

“Unexpected for us too. Sorry we didn’t call. Mark’s mom broke her hip,” she said as she wrapped her arm around him in return. “She’ll be fine, but he wanted to be here.”

“Yes,” Leah finished. “He’ll be over after dinner.”

“Which will be ready in thirty, forty minutes,” Elizabeth said as she checked the recipe card propped up against the pepper grinder next to her.

Chris’s eyebrows went up and his cock stirred. “Um…, you want a Friday Night Cocktail?”

She chuckled at the pun, despite it being an old one between them. His Friday Night Cocktail was scotch. Hers was his semen.

“Please,” Elizabeth interrupted as she reached into the cabinet for another mixing bowl. “You haven’t had Cocktails in two months. Take the girl into the guest bedroom and screw her silly. I’ll make some mango custard for dessert.”

Chris couldn’t help laughing at his wife’s nonchalance. Leah, however, squeezed him and gave him a hungry look.

“Well,” he said in faux-seriousness, “we better do what your mom says.”

Leah adjusted the dimmer switch so the guest bedroom was cozily lit. Chris turned down the sheets, took off his watch, and set it on the nightstand next to the digital clock. He turned just as she pulled her top over her head.

He sighed as her breasts bounced in their black lace bra. She grinned back as she folded her blouse and set it on the nearby dresser top. His fingers fumbled as he started undoing his own shirt buttons.

She undid her pants and hooked her thumbs into the waistband. With a little shimmy, she slid them over her hips. They dropped to the floor, revealing matching skimpy black lace panties.

“It’s just my every day underwear,” she said. “You like?”

“It looks great on you.”

She chuckled as she reached behind her back to undo her bra. “I already have something special picked out for your birthday. You’ll like it.” She slid her bra off her shoulders and folded it.

He let out a happy sigh at the sight of her bare breasts. Full, round, and with hard nipples.

She smirked when she saw him staring and then pointedly look down at his pants. He got the hint and quickly finished undressing. By the time his clothes were in a semi-heap on the floor, Leah had stretched out fully nude on the bed. She propped her head up on one elbow as she waited.

“You’re so beautiful,” he said.

“You say that every time.” Her smile still showed how pleased she was.

“It’s still true, every time.” He slid onto the bed next to her and scooted until they were inches away.

They shared a smile.

That was a preview of Unexpected. To read the rest purchase the book.