Trapped in the Stacks 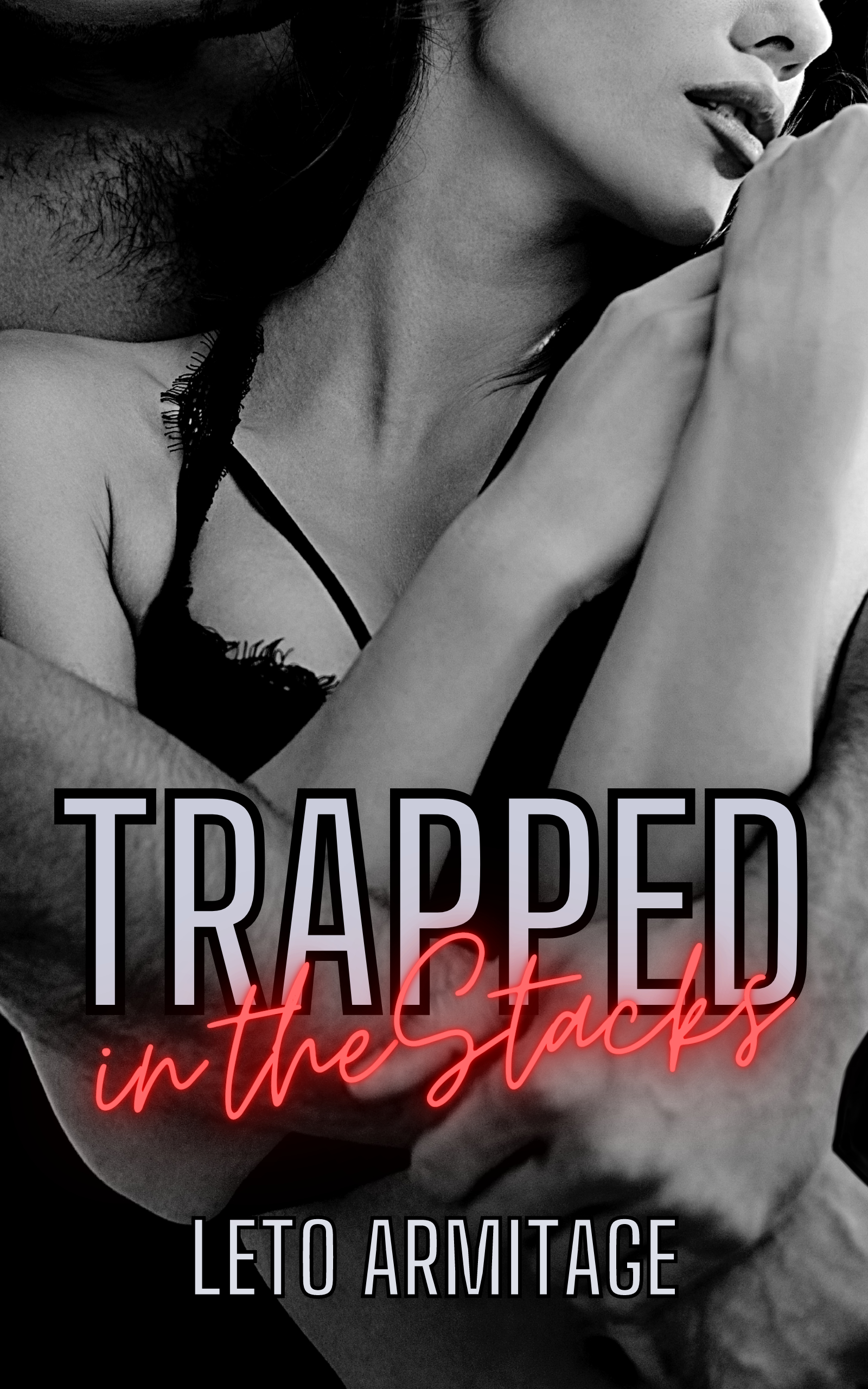 “Thanks for the heads up, have a good day.”

I stared out the third-floor window at the city starting to get covered by a blanket of snow as I hung up my phone.  In my late forties with a beard gone to silver and a figure that wasn’t doing mile jogs anymore, I looked the part of the respectable library director in a brown suit.  I often wondered how the kid who played in a punk band and drank pot tea ended up here.  It didn’t matter right now though.

The phone call had been the city manager.  The schools were going to announce that they were closing early and the city didn’t have enough salt for the roads so it was going to be bad out there.  The snow was coming in faster and thicker than anyone expected and within two hours the roads would be undrivable.  That was all the excuse I needed.  I took a certain adolescent joy in picking the phone back up and hitting the combination of buttons necessary to be transferred to the overhead public address system throughout the library.

“Attention, please. Due to inclement weather, the library will be closing early in thirty minutes at 2 PM.  Please take your materials to the front desk to checkout.  Staff, initiate closing for today and all day tomorrow.”

At this point, I knew the staff would leap into action.  Little motivated people like being able to get the hell out of work.  That included me.  In less than five minutes I saw the administration hallway start to empty.  Finance was gone first, followed by IT.  My circ manager was off today so it was mostly part-timers, most of whom would need to grab a bus.  Grabbing my suit jacket  I walked down the hall and saw Mika still in her office, shutting down her computer.

“Remember your circ training?”  I had made everyone do basic training on things like checking books out.

“Come on, let’s take over and let the part-timers beat it.”

“Yes, sir.”  She had a soft voice, that by itself might make you think she was younger than her 29 years.  But no one could doubt she was a woman when she stood up.  I gave up not trying to look a long time ago and thank goodness Mika never seemed to mind.  Sometimes when she wore skirts I could swear she crossed her legs just where I could see them and I did like to look.  Mika filled out everything well.  She was short but busty and hips made for grabbing with pale skin and long black hair.  Her work clothes didn’t hide her curves no matter how loose she kept them.  And then some days like today she wore pants that hugged her voluptuous ass.

Mostly she was as conservative as her dress.  She was sharp, professional, sympathetic to those with problems, meticulous in keeping up with Byzantine human resources regulations.  She was a pleasure to work with and if I had to do something like manage the circ desk I’d rather do it with her than some of the staff who seemed to go into public service because they hated people and wanted everyone else to be as miserable as them.

In the elevator on the way down Mika looked at me.  “Letting your beard grow out?”

I ran my fingers through my salt and pepper beard.  “Just haven’t trimmed it lately.”

“Looks good long.” She grinned at me.  It was nice to know a younger woman wanted to flirt with me even if I was her boss.  The doors opened and we put our work faces back on.

Ten minutes later we were seeing the last people out the door and I was just heading to lock the front door of the John Waverly Memorial Library when Lurch showed up, carrying a large cardboard box in.  I actually had no idea what his name was but he was the assistant for Mrs. Waverly, whose late husband, and deep pockets had made this library possible.  I had to crane my neck to look at him.  He had shoulders that looked like he had never skipped a day at the gym.  Hence, why, I thought of him as Lurch.

“Mrs. Waverly said these were for the local history room.”

He handed me the box, turned, and left, leaving golem-like footprints in the snow behind him.  Fuck.  Fuckity fuck fuck.

“Mika!”  She turned towards me.  “Take this.”  I handed her the box and returned to lock the sliding glass door in the glass wall that gave a wide view of the street in front of the library.  “Please tell me that doesn’t have in it what I think is in it?” I shouted over my shoulder as I switched the on-off settings to lock the door.

In her soft voice, I heard one word as she pulled back the cardboard and I heard her manicured fingers pushing packing paper aside.  She looked at me with dismay and said one word.  “Pottery.”

I audibly sighed.  John Waverly had been a collector of pottery.  The last time Mrs. Waverly had decided to do some house cleaning and drop off of pottery; it had been valued at $50,000.  We have to pay insurance on this stuff and can’t sell any of it, while she is alive anyway.  It would offend her.  She still gave us several hundred thousand a year in cash as gifts too.  So, aside from putting up some nice pieces for view, it was just a pain in my ass.  And there were several pieces in here, which according to the rules had to be photographed, documented, and so on.  I looked at Mika.

“Mika, are you thinking what I’m thinking?”

“Throw it in secure storage and deal with it when we’re open again?”

“You, my dear, are a woman after my own heart.  The protocol demands another full-time staff countersign.  Sorry.”

By now there were less than ten people in the building, I gave orders to seal it up and told them I’d set the alarm on the way out.  Patricia, the children's librarian gave a bubbly bye and was the last one out the back door as Mika and I took the elevator down to the basement.  Then we began the trek across the basement to the stairs that led to the sub-basement and the rare book storage.  The library was built on top of the site of an old government depot of some kind.  This sub-basement was the only thing left of the original site and had been too expensive to rip out and impossible to run the elevator to.  As we walked down the stairs we passed through several feet of concrete and rebar until we got to the door.  It was a wooden door but ridiculously 4 inches thick of hardwood, steel-framed, and with an automatic lock.

Not for the first time, I wondered what the hell they had kept down here.  I took out the ancient key, the kind you see in movies set two centuries ago to unlock it.  The mechanism felt off, and I found myself wiggling it but it eventually unlocked.  I held the heavy door while Mika carried the box which gave me the excuse I needed to walk behind her and watch her ass.  Officially I was watching out for the safety of an employee, of course.  Damn, that loose shirt and slip-on sweater covered everything but as she moved I could still just see hints of curves I wanted my hands around.  She stopped in front of the rare books room which my predecessor had retrofitted for full environmental control.  As I stepped past her I almost reached out and grabbed that sweet looking ass.  I did brush her shoulder with mine.

That was a preview of Trapped in the Stacks. To read the rest purchase the book.

Add «Trapped in the Stacks» to Cart