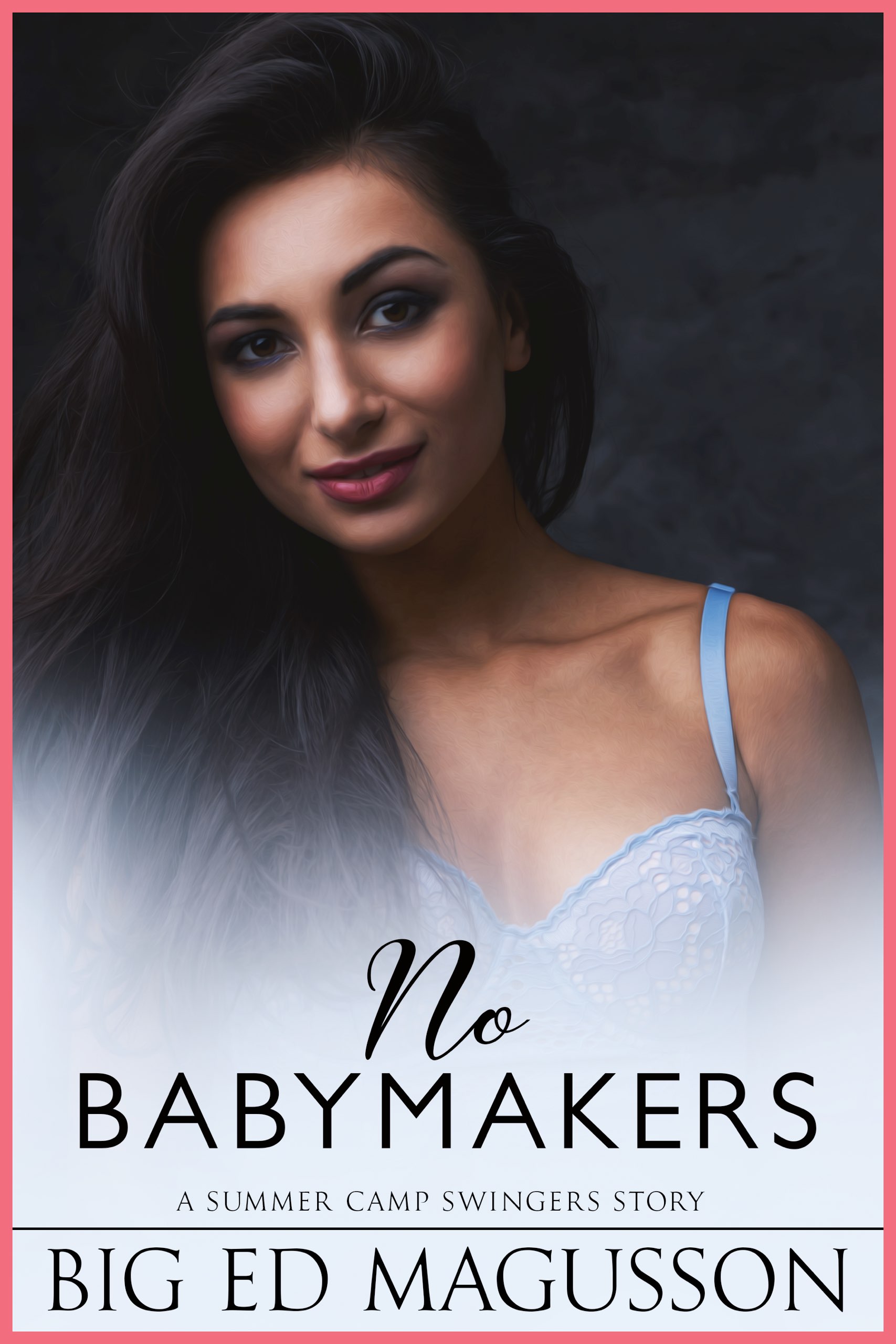 Copyright © 2016 Big Ed Magusson. Summer Camp Swingers characters and locations (c) Nick Scipio, used with permission. All rights reserved, including the right of reproduction, in whole or in part, in any form.

With such a large world, there’s plenty of room for side stories. This follow Chris’s adventures with Kara and takes place on Father’s Day, 1983. If you’re interested in more of my work, you can find the bulk of Chris Coulter’s adventures at my site, Big Ed’s Place, or at my Patreon.

Chris surfaced at the end of the pool and took a deep breath. Two more laps, fast, he thought. He ducked back into the water and pushed off hard against the pool wall. He made the turn at the far end and raced back. Finished, he pulled himself out of the water nearly panting.

“Now that was a good workout!”

He toweled off and headed into the house. Just as he entered the kitchen, the phone rang.

“Having fun in Florida?”

“Rad? Is that how you describe the first female American astronaut?”

“Well, um, how about amazing?”

“So how was the launch?” Chris asked.

“Great!” Leah started excitedly describing it. Chris leaned against the counter and smiled to himself at her enthusiasm. He made the occasional comments of encouragement and asked small questions, but mostly let her run.

“It’s been really good,” Leah said as she wrapped up. “Even Mom’s been cool.”

Chris raised an eyebrow. Any improvement in their relationship was good. “Oh?”

“Yeah. She hasn’t treated me like a kid. She was even impressed by the questions I asked!”

“Duh! Mom said they reminded her of yours. We even talked about it later.”

“It’s great! Hold on, Mom wants to talk to you. So Happy Father’s Day!”

They said their goodbyes and Elizabeth came on the line.

“Quite. Amazing, really. I keep turning around and wondering, ‘where did this incredible young woman come from, and what has she done with Leah?’”

Chris laughed. He heard an indignant squawk in the background.

“This was an excellent idea,” Elizabeth continued. “So thank you, for insisting we do this together.”

“Mark’s father has some impressive connections. We’ve been treated like royalty here.”

“I do. He’s nice. A bit on the nerdy side, but very sweet and very encouraging of his son.”

“Speaking of which, you’ve seen a lot more of Mark this trip. What do you think?”

“He’s a sensible young man. Good head on his shoulders.”

“Getting her out the room, eh?” Chris said with a laugh.

“Of course. I was wondering, Mark is good for Leah. Shall we approve some alone time for them? Mark’s father has a reception tonight. I could go as his date and let the kids stay at the hotel.”

“Friendly. Tom’s attractive and we have great chemistry, but he’s devoted to his girlfriend back in Seattle. He doesn’t seem the type, if you know what I mean.”

“One of Tom’s coworkers has been flirting with me. Discreetly, mind you, but still.”

Which means she probably will.

“It’s not like you’re here,” Elizabeth said, picking up on his silence. Chris tensed. She wasn’t trying to be defensive, he knew.

“And it’s not like you’re going to be without while I’m gone.”

“Um…, well, I don’t want to spoil the surprise, but Kara did ask my permission for something special for Father’s Day. I approved, of course.”

“Mmm, hmmm. I’m almost jealous. You’ll have to tell me all about it afterward.”

“You’ll love it, I promise. It’ll be such a special treat for you.”

“Love you, too,” Chris said just before the line went dead.

He chuckled. You teasing vixen, you.

He set the phone back in its cradle and leaned against the kitchen counter with an amused sigh. He hadn’t said yes to her getting together with Tom’s colleague, he realized. He decided he didn’t care.

But what the heck is Kara planning?

Sex, or Elizabeth wouldn’t have mentioned it.

But do I want to go all the way with Kara?

A vision of Kara sucking his cock flashed to mind, followed by the memory of her pussy so close to his face the day after.

Well, part of me does.

But all of me?

He thought about it again. This “new normal” was still hard to take at times.

Are things moving too fast?

At least he had most of the day before Kara and Victor came over to take him out to dinner, and plenty of work to do first.

Chris settled into his chair in the den with a sigh. He took a sip of scotch and savored it before taking another. He’d cleaned his office. He did some work he’d brought home from the station. He even worked a bit on the yard. None of it had been enough to distract him.

He couldn’t get Kara out of his head. Her nude. Her sucking his cock. Her pussy under his fingers.

And all the other stuff she might be planning.

He had ideas. God, he had ideas. And all of them ended with his come inside his daughter somewhere.

Is that what I want?

Chris jumped when the doorbell rang and then the front door opened. He’d been too caught up in his thoughts. He took a couple of deep breaths to calm himself and went to meet Kara.

That was a preview of No Babymakers!. To read the rest purchase the book.

Add «No Babymakers!» to Cart