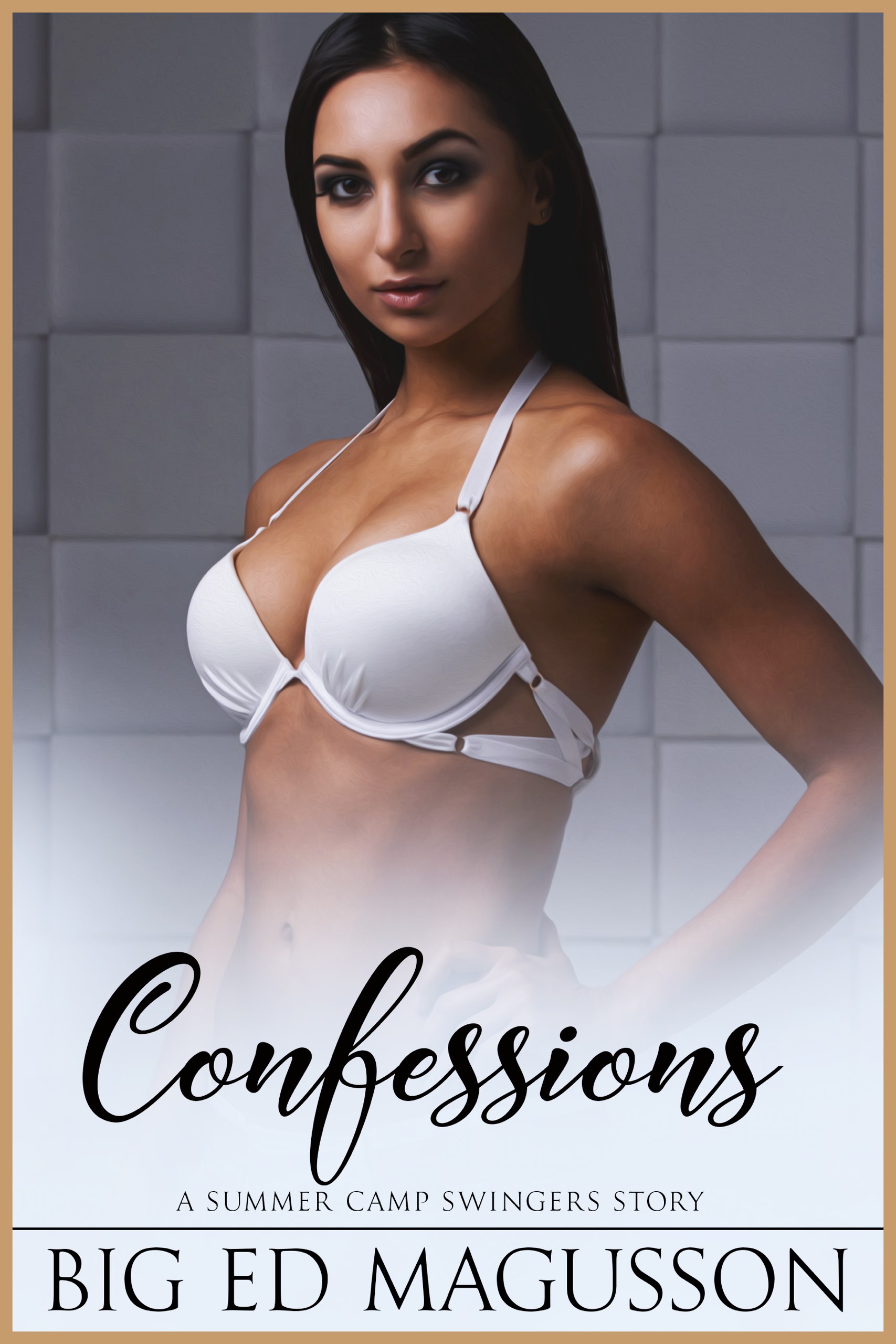 Copyright © 2016 Big Ed Magusson. Summer Camp Swingers characters and locations (c) Nick Scipio, used with permission. All rights reserved, including the right of reproduction, in whole or in part, in any form.

Chris stared at the ceiling as Elizabeth slept quietly beside him. The early morning light barely crept into the windows of their cabin, but he couldn’t sleep. He hadn’t been able to sleep most of the night.

His mind couldn’t get out of the loop: What have I done?

When it wasn’t pounding in pain from his hangover.

He slipped from the bed and left the room. He peeked in the girls’ room and saw Leah asleep in her bottom bunk. She looked peaceful, though the sheets were twisted around her waist. One bare breast rose and fell with her steady breathing.

Chris padded to the bathroom, drank some water, and took some aspirin.

What have I done?

The answer was easy. He’d been drunk. He’d been irritated at Elizabeth. And Kara had made the suggestion at just the right time…

He shook his head. He couldn’t blame Kara. He’d said yes. He’d gone down the path under his own power.

He closed his eyes and the vivid memories flooded back. The sigh of Kara, on her knees before him. The light feathery touch of her fingers. That first kiss, on the crown of his cock, before she slid her lips around it.

What have I done?

He needed to stop obsessing and get past the hangover. He drank some more water, found his towel, and went out into the day. The morning breeze was cool on his bare skin, so he wrapped his towel around his waist. The lake would be cold, plenty cold, but swimming some laps would surely help.

Chris dived in, and the shock of the icy water almost caused him to seize up. He swam anyway, but he couldn’t get into it. His head hurt too much. He decided to just swim until he felt tired. Then he climbed out, shivering and miserable, and made his way to a nearby chair in the sun. He just closed his eyes and leaned back.

After an unknown time, a shadow crossed his face. He opened his eyes and blinked. Leah. She had her bikini bottoms on and her towel over one shoulder and she smiled at him as she walked over.

“I wanted to check on you. Have you had breakfast?”

He shook his head.

“I can fix something,” she said, “if you’re interested.”

She shook her head. “Eggs.” She gave his a sympathetic look. “Or maybe some toast.”

She nodded. “See ya in the clubhouse.” She waved and walked off.

He sighed deeply and summoned the strength to stand and follow her.

Chris filled his coffee mug and sat at one of the tables. He felt better—the aspirin and water were doing the trick—but not at his best. Fortunately, he didn’t need to be.

The clubhouse was largely empty, with only a few other early risers at the far end of the room. Leah smiled from the stove when she saw him. A few minutes later, she slid a plate of scrambled eggs with a side of toast and a link of sausage in front of him and sat across from him with her own plate. His head felt better, but he still wasn’t ready to eat much. Fortunately, the sight of the eggs didn’t make him queasy.

“Your mom okay when you left?” he asked.

“So,” she said, “you must’ve had fun last night.” Her voice carried just a bit of an edge to it.

Leah scowled. “I’m sure I woulda thought it was more than fine if I’d been there.”

He shrugged. “You’re not old enough.”

“Close enough counts in horseshoes, hand grenades, and atomic bombs. You’re none of those.”

That was a preview of Confessions. To read the rest purchase the book.