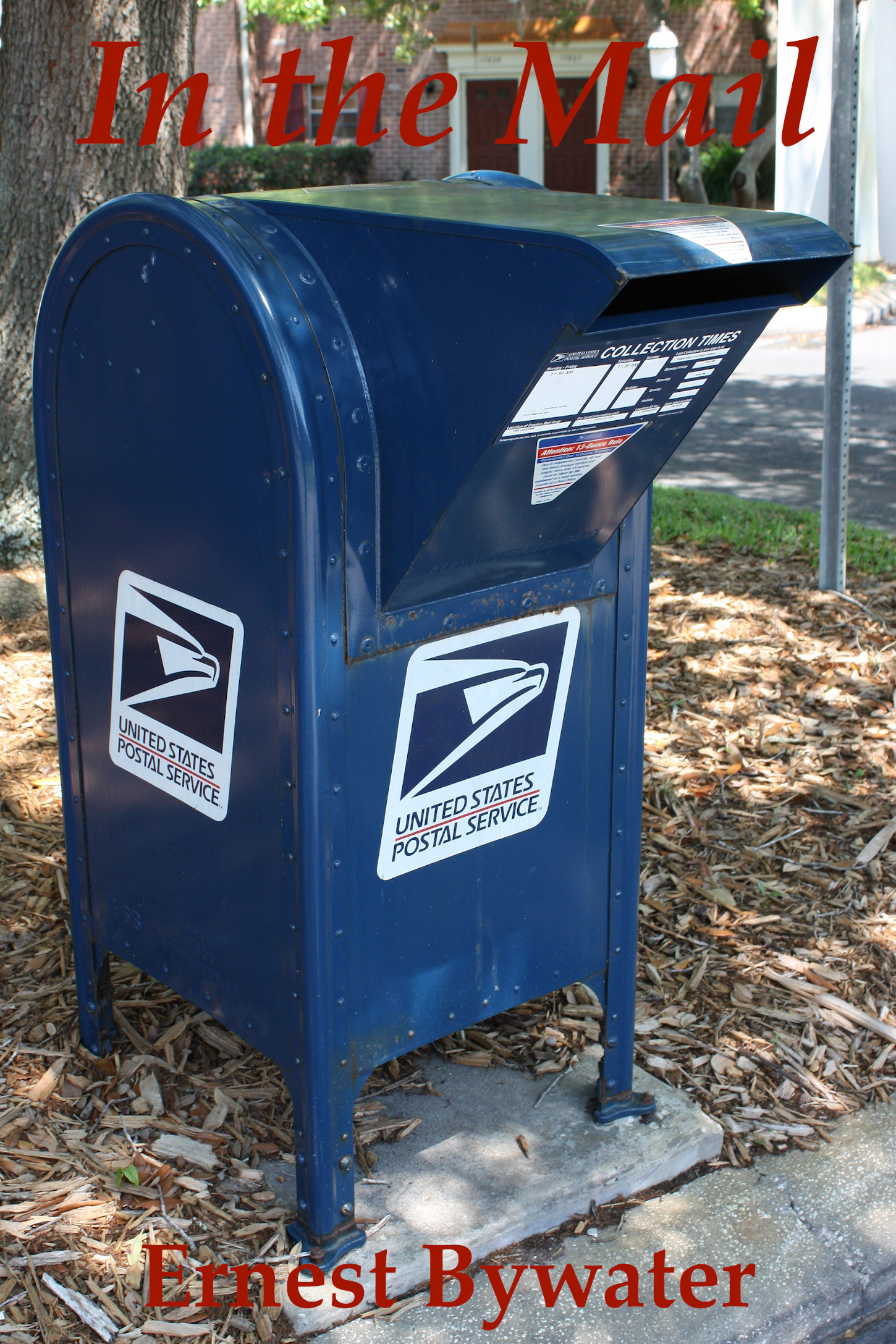 All rights reserved and copyrighted © 2020

This is a work of fiction. All of the characters and events portrayed in this book are fictional, and any resemblance to real people or incidents is purely coincidental. All rights are reserved by the author, including the right to reproduce this book or portions thereof in any form.

Product names, brands, and other trademarks referred to within this book are the property of their respective trademark holders. Unless otherwise specified there is no association between the author and any trademark holder, nor are any expressed or implied. Nor does it express any endorsement by them, or of them. Use of a term in this book should not be regarded as affecting the validity of any trademark, service mark, or registered trademark.

The background image is Mailbox_(254471467) by Marcus Quigmire of Florida, USA on 30 April 2008 and copyrighted by him. The use is allowed by the Creative Commons Attribution - Share Alike Licence and terms. The cropping, size adjustment, and text are by Ernest Bywater. All rights to the cover images are reserved by the copyright owners.

Note: US English is used in this story

The title styles in use are a chapter, a sub-chapter, and a section.

When I first wrote this short story in early October 2020 I was under the assumption that the majority of people understood the basics of the electoral systems in most modern democracies, especially those on voter registers and postal votes. After posting the story I received a host of emails and comments showing me that was a totally false assumption.

That has prompted me to expand the story to cover those areas to make things a lot clearer to readers. I originally had certain facts about postal voting at the end of the story, which I'm now placing at the start of the story along with some expansion of the information.

I was also stunned with the number of partisan comments who listed the very short story as only a political commentary because I listed some facts at the end. From the responses it seems I happen to be a troll acting on behalf of both sides of the current US political spectrum despite being an Australian and not eligible to vote in the USA elections.

Most of the modern democracies use a representative type of voting system. While the details in most countries vary the basics are much the same in they usually have restrictions on who can vote, a register system of the eligible voters, a method for eligible voters to vote in person, and a way for them to vote when not able to do so in person near their home.

Most democracies limit the persons entitled to vote to the citizens of the country. Most countries limit the voting to citizens who are legal adults under their national and / or state laws as well. Some countries also have other rules and laws to restrict various groups of citizens from being able to vote in an election, such as the legally insane.

Some countries stop serving members of military forces from voting. Others stop people in prison from voting while they're in prison. Some stop anyone who has been convicted of a prison term longer than a set time frame from voting in the future. Other countries don't let certain groups within their populations vote based on their gender or their ethnic heritage or their racial heritage. Some countries restrict voting to the citizens who are resident within their borders. Others don't allow people in certain geographic areas to vote, this is common for those who live in administered territories instead of within an area designated as a full state of the country. I am not going to justify or vilify any of these restrictions, I simply state their existence is factual and is known about.

The most common method is Election Day Voting where people attend a Voting Place near where they live, they provide identification, have their name marked on the voter roll, then they mark their vote and have it put in the system by the means being used.

In some countries they have additional methods to let people vote if they can't attend a Voting Place as above. The other most common ways are: Special Electoral Visitors, Absentee Voting, Early Voting, and Postal Voting. In each case the same basic process as above is followed.

Absentee Voting: you attend a Voting Place on Election Day and tell them you're out of your electoral area and wish to vote. They go through the identification process, arrange ballot papers for you, let you mark the votes and seal them in an envelope which they sign as well.

Special Electoral Visitors: are people from the electoral offices who visit places where groups of people are gathered but are unable to go to a Voting Place on Election Day. These people will visit hospitals and nursing homes and similar places on Election Day. Also, some will visit such places before Election Day to help the people to register their vote in some of the other ways available to them to vote like those below.

Early Voting: you attend a Special Voting Place set aside for early voting that's near where you live. You then go through the same process as if on Election Day. When the rolls are provided to the Voting Place on Election Day your name will already be marked off as having voted.

What systems are used and where they're used are decided on by the governments and the laws they pass. In general, votes are made on the Election Day or in the days prior to the Election Day.

That was a preview of In the Mail. To read the rest purchase the book.

Add «In the Mail» to Cart