The Pool Girl : Under the Pear Tree 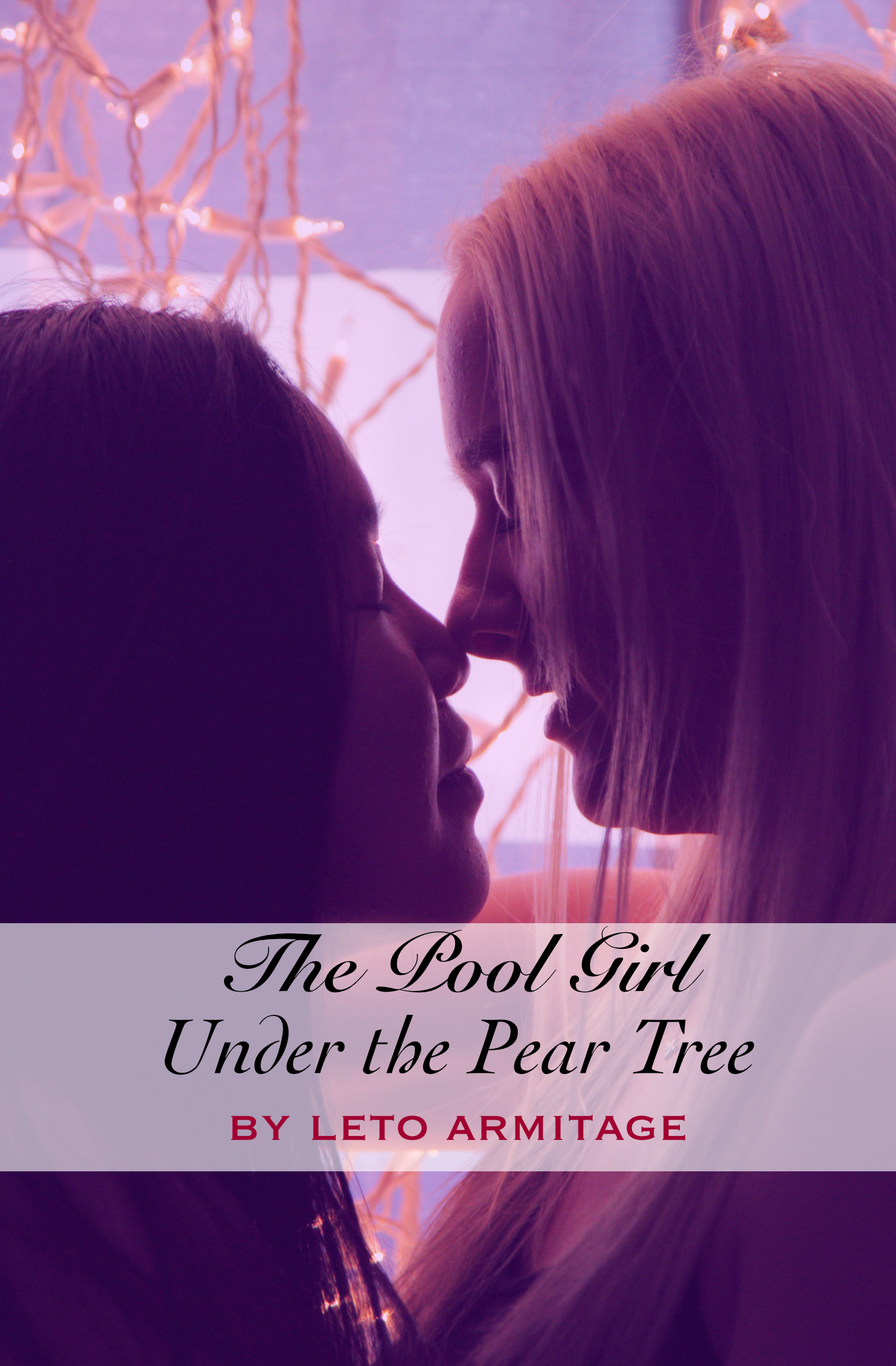 Under the Pear Tree

The Pool Girl is a romance serial with erotic elements that is being broken up into thee novels.  The first book covers the summer when Robert Carlo meets Melissa Milton.  Robert has lived by himself for over a decade after a disastrous relationship made him prioritize living a simple life.  In an attempt to keep his life simple he hires Melissa to clean his pool daily.  That simple decision spirals his life out of his control. Over the summer his life grows to include not only Melissa but her best friend Lavi Heller.  As the three try to work out their feelings for each other Robert’s life grows to include an ever-widening circle while it is told from his perspective.  This story steps back to before Melissa and Robert become intimate and before Lavi is introduced in the story as Melissa begins to confront her feelings about Lavi.  This story has no explicit content and is purely between Lavi and Melissa when they were friends and before they were lovers.

It was early June, a Tuesday, and, as always in the south, it was hot.  Melissa Milton was walking home a few blocks from where she was cleaning Robert Carlo’s pool every day.  She was wearing her summer uniform of shorts and a t-shirt with trainers and almost skipping along as she listened to her phone.  Her golden hair floated when the occasional breeze interrupted the heat.  The music of Blackpink blasted through earbuds as she sang along with the English lyrics, ‘little bit of this, little bit of that, gimme gimme gimme’ and then hummed along with the Korean lyrics.

Turning onto her street she saw a familiar blue Taurus and started jogging forward as she saw Lavi open the door and hold her arms open.  Getting near Melissa slowed down to put away her phone and earbuds.

“Sis,” Melissa squealed, “from another miss!”  Lavi finished.  Lavi grabbed her friend in a hug.  At 5’8” Melissa with her athletic body had to lean down just a little to hug the shorter cheerleader with curly dark hair, whose figure was fuller and softer.  Lavi was dressed in sweatpants and a t-shirt, an unusually plain look for her.  As they pulled apart she grabbed her overnight bag from the passenger seat and shut up the car.

Melissa was smiling broadly, “What do you mean?”

“I mean I thought I was going to come over to find you listening to Billie Eilish and writing emo poetry on LiveJournal.”

Lavi put one hand on her hip.  “Babe, there are clubs you can’t leave once you join them.”

Melissa rolled her eyes.  “Come on, let’s get inside and I’ll educate you on why I’m not sitting the dark staring off in the middle distance and shit.”

“Only if you brought them.  I think mom found my stash because it was gone yesterday.”

“Well, it's not cookies but …” Lavi opened her bag.

Melissa’s eyes went wide.  “I love you, I love Sylvia-mom.”

Lavi grinned.  “I know.”  Inside was a large Ziplock bag with homemade fudge.

Thirty minutes later they had managed to eat some real food in the kitchen, exchange pleasantries with Linda’s mom and stepdad, and then retreated to Melissa’s room.  Melissa didn’t bother leaving the room to change into her own sweats and t-shirt, the clothing being as much a tradition as the sleepovers since their first one in ninth grade together.  Lavi didn’t avert her gaze.  Soon the movie ‘Clue’ was playing on Melissa’s television while they settled on Melissa’s bed.  They sat cross-legged and facing each other with the bag of fudge between them.  If Melissa’s mom came in it would quickly disappear under Lavi’s shirt.

That was a preview of The Pool Girl : Under the Pear Tree. To read the rest purchase the book.

Add «The Pool Girl : Under the Pear Tree» to Cart